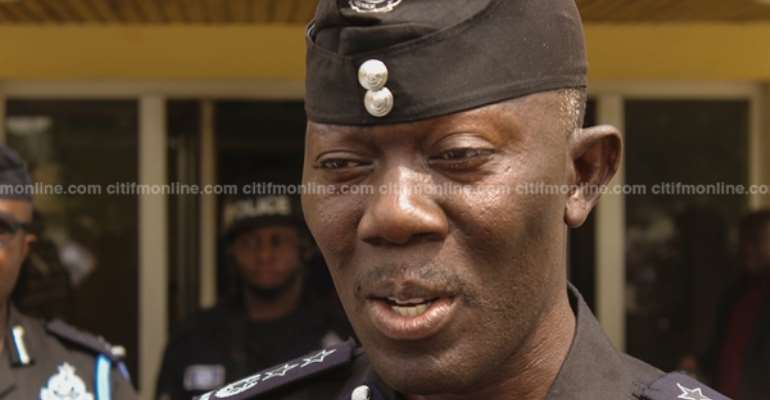 He is to be replaced immediately by the Eastern Regional Police Commander, DCOP Simon Afeku.

Ten others have also been reassigned to take up various positions across the country.

Whilst the reasons for the latest reshuffle are unknown; it comes at a time when the police service has come under severe criticism following an increase in robbery cases across the country.

COP Dampare, one of Ghana's most respected and celebrated police officers, was in charge of ICT at the Police Headquarters before he was made Director General of Police Operations in July 2017.

Prior to his appointment to the ICT department, he was the head of the Police Command and Staff College at Winneba in the Central Region, a position he took after he was transferred as the Accra Police Commander in May 2016, prior to the elections.

His reassignment comes at a time when some Ghanaians on social media have called on the government to sack the Interior Minister and the IGP for failing to ensure the protection of the citizenry.

The Minority in Parliament has joined calls on the President for the removal of the IGP.

Deputy Minority Chief Whip, Ahmed Ibrahim, in an interview with Citi News argued that the security situation in the country has worsened under the watch of Mr. Asante-Apeatu as he seems to be doing little to address the problem.

Robbers on rampage
This week has seen a number of robbery incidents in the Accra, one on a Forex Bureaux at Spintex and two daylight robberies in the North Kaneshie area.

Two persons are reported to have sustained gunshot wounds from suspected robbers who appeared to be fleeing a crime scene.

Gunfire was first heard in the area around a Latex Foam showroom at North Kaneshie where the robbers had crashed their vehicle. Two persons have since been arrested in connection with the incident.

Also on Tuesday morning, armed men stormed Royal Motors, an automobile company in Accra, making away with the company's sales.

Eyewitnesses reported that the robbers trailed a bullion van that had entered the Industrial Area premises of the company to collect the company's sales made the previous day.

On Wednesday, a Lebanese national of Delta Agro, a plastics manufacturing firm in Tema, was shot dead by robbers and his Ghc200, 000 stolen after he had withdrawn the money from a Zenith Bank branch in the Tema Heavy Industrial area to pay workers.

There have also been several complaints from Ghanaians in other parts of the country who say armed robbers have been terrorizing them without any help from the police.

Recent arrests
The Inspector General of Police (IGP), David Asante Appeatu, this week announced that the police have arrested a group of suspected robbers believed to be behind attacks on about 20 forex bureaux in the Spintex area in 2018.

The attacks on these Forex Bureaux were growing number of robberies and high-profile criminal activity in the region.

Mobile money transfer points have also been targeted by robbers in recent times.

'We're ready to die'
Despite these attacks some of which have also been recorded in Accra and Tema, the Director of Operations for the Ghana Police Service, COP George Akufo Dampare has said although his outfit is logistically deficient, they are r eady to put their lives on the line to ensure the safety of every Ghanaian.

Speaking on the Citi Breakfast Show, Dampare also noted that the support of the citizens will go a long way to help the Police Service combat the increasing rate of crime in the country.

“We want to give them [citizens] the assurance that we will go every length, including losing our lives to make them safe. We understand that we are not there yet, in terms of the full complement of our equipment. We also understand that over the years, government after government has made an attempt to bring us to a particular level in terms of equipment,” he said.