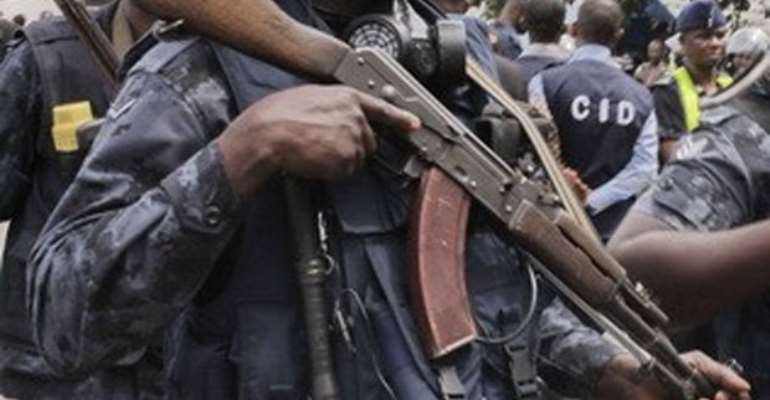 A Police officer detailed to protect a bullion van bolted when he encountered a daylight robbery scene at Royal Motors , an automobile company in the North Industrial Area, Myjoyonline.com is learning.

The officer, whose name is withheld, is acting as a witness to the robbery incident last Tuesday that cost the automobile company its previous day’s sales.

He has been questioned for several hours by investigators looking into the daring attack.

Confidential sources have revealed to Myjoyonline.com , the police officer was attached to the driver of the bullion van that was instructed to go to Royal Motors to collect cash.

The driver had earlier dropped at least a bank teller to count the money while it went to pick the police officer.

The bullion van returned with the police officer only to meet a fluid robbery scene with four hooded men firing warning shots and roughing up some personnel.

The armed robbers took 8,000cedis from the secretary’s office and headed into a room where much larger amounts were being counted and stole the cash.

But the police officer who was fully armed in a moment of fright opted for personnel safety and instructed the driver to drive back to the bank that was expecting cash deliveries.

Sources say the police did not inform any police station when he encountered the robbers.

The armed robbers escaped after snatching a car.
A highly-placed police source has confirmed the officer is under interrogation but not under arrest.

The Police Service has assured the public it is ready to protect citizens even if it costs its officers their lives.