Publish The Job Description, Work-plan, And Annual Performance Targets For The 110 Minsters 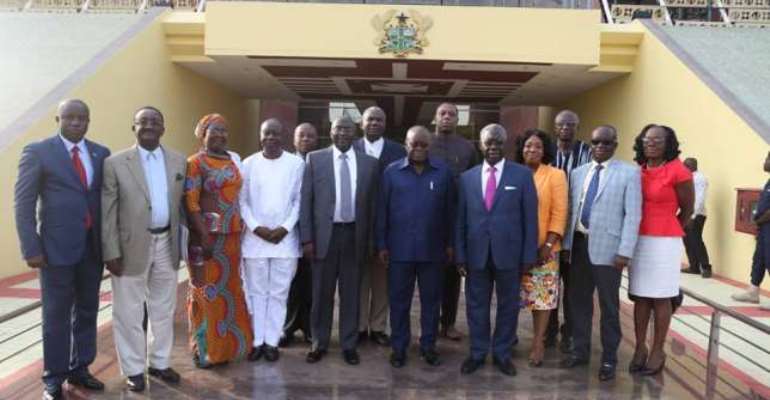 In the corporate world, nobody gets hired without a job description for the position in which he’s being hired. After a series of interviews, if you secure the job, you have to develop a work plan, and you are given performance targets to meet. There are periodic performance review meetings with your boss to see if you are on track to meet the performance targets. At the end of the year, your performance is reviewed against the set targets. The outcome determines whether you keep your job or not.

As the CEO of Ghana Incorporated, the President Nana Addo Dankwa Akuffo Addo, who doubles as the hiring manager has concluded his interviews with the applicants for the position of Ministers and deputy Ministers in his government. He has decided to hire 110 Ministers and deputies to help him govern. There has been a huge public outcry against this number which is considered too large by many Ghanaians. Many have argued that such an over bloated government will be a drain on public coffers and in turn fuel corruption.

It must be noted that, Nana Addo’s government has a lot of goodwill and all Ghanaians would like him to succeed but that doesn’t mean if we feel our government has erred we should not say it. The criticisms leveled against Nana Addo for appointing an elephant size government are well placed given the country’s resources and the need to be efficient in its utilization. The people asking Nana Addo to take a second look at the size of his government which is unprecedented are citizens exercising their constitutional and democratic rights to hold their government in check.

As it is the norm in the corporate world, this writer would like to call on the President and his government to publish without delay the job descriptions of all the 110 Ministers, their work plans for fiscal 2017 and more importantly their performance targets for the fiscal year 2017 so we can all evaluate them at the end of the year against the performance targets and see if we are getting value for money. Democracy is supposed to improve the living standards of the people and not just the rulers, the rulers must be held accountable by the ruled. Gone forever, are the days when Government appointees and those occupying positions of responsibility are not held accountable. They need to have performance targets shared with the public because our tax cedis pay them and their ex-gratia every four years. Many are just occupying positions in name and collecting salaries without doing any real work that bring tangible results.

We are close to being bankrupt and that is the hard truth. Nana Addo is putting a bold face on this. The borrow and spend attitude of the previous government nearly sunk the nation. Assuming much of the borrowed money was spent on lasting capital development projects like real infrastructural development that would help the economy to grow, that wouldn’t be a problem. However, owing to the uncontrollable growth in the public wage bill, a lot of the money we borrow go straight into paying wages, servicing old debts that are due and given that some of these loans were borrowed at commercial rates with higher interest rate, it is tantamount to using your credit card to pay off a lower interest loan. It is financial suicide if an individual household does that, and bad economics if a country chooses that path.

Instead of government taking the bull by the horn to reduce the over bloated public sector wages, streamline operations to merge some Ministries, run a lean and efficient government to reduce public expenditure, we instead see new Ministries with overlapping responsibilities, and multiple deputy Ministers appointed to some Ministries. All these are going to add to the public wage bill.

Mr. President, let’s see the job descriptions of the 110 Ministers, their work plan, and their annual performance targets so that Ghanaians can better evaluate their performance against the set targets. Our taxes pay these Ministers and we deserve the right to know whether they are performing or not.

This e-mail is confidential, the sender does not waive any related rights relating to the contents herewith.. Any unauthorized distribution, use or copying of this e-mail or the information it contains is illegal. If you received this e-mail in error, please advise me (by return e-mail )or otherwise delete it immediately.