What Kind Of State Institution Will Accept 44 Dud Cheques From The Same Individual? 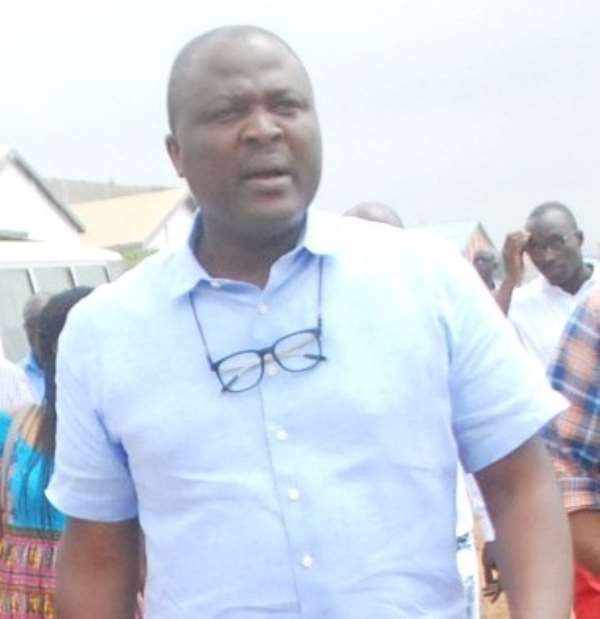 There’s a video making the rounds on social media about a corrupt politician, an MP of the Ukranian parliament who was apprehended by citizens campaigning against corruption and thrown into a rubbish dump at the Ukranian parliament. Yes, this actually happened and it is citizens way of taking control of their democracy by fighting corrupt politicians. If you haven’t seen it yet, here you are. I will return to this video later.

Not long ago, Ghanaians were outraged by the actions of the so called delta force in Kumasi for defying the president and resisting the appointment of the Ashanti regional security coordinator.. These individuals were arrested and prosecuted. They were even denied bail which led to another group of delta force members invading the courtroom to release their colleagues. The public outrage intensified against this lawlessness and what was perceived as an attack on the Judiciary. This new group was again arrested and prosecuted and Ghanaians of all walks of life condemned their actions.

I do not want to go into whether resisting a public official who is perceived to be corrupt, inept and incompetent is a crime in a democracy and whether the action of delta force was not a bailable offence. They were denied bail for invading the office to remove an appointed officer from office.

Not so long ago, a well known celebrity was caught red handed, trying to steal a government owned V8 vehicle. He was in the process of remodeling it and respraying to conceal its identity. The intention to steal was clear. As of press time, no arrest has been made and no prosecution of this thief. He was just made to handover over the vehicle and go scot free. Stealing is criminal if the law enforcement authorities have forgotten what it means.

A number of politicians appropriated state properties to themselves including buildings and cars, some were caught and the properties retrieved from them but no prosecution. Many walked away with the stolen properties and are enjoying them with impunity. Taking something that does not belong to you is criminal. At least, in the delta force case, justice was done. They were arrested and prosecuted. What about the case of the celebrity who tried to steal a state V8 vehicle? Has justice been served?

The news of the month of April is that a certain well known and well connected businessman is said to have issued 44 dud cheques to a particular state institution with a clear intent to defraud the state. This is criminal. When caught, he’s made to just pay the money perhaps on his own terms and without prosecution. Where is the public outrage? Has justice been served?

Something has gone wrong, very, very wrong with our democracy.

What has gone wrong with our democracy is the lack of law enforcement and the apparent discharge given to big men whiles the poor mmobrowa are denied similar treatment. A businessman issues dud cheques to a State Institution clearly reflecting an intent to defraud the State and instead of prosecuting him for fraud, we arrange for him to pay (presumably on his agreed time period). Meanwhile the poor mmobrowa who steals a bunch of banana to eat is never given the opportunity to pay for the banana. He is sent straight to jail. This is how a friend summed up his frustrations with Ghana.

“I just do not get it. How? And the institution owed continued taking the checks? If true, Abolish the establishment right now. Jail those in charge, not cassava thieves, ma people.” Where is the outrage, Ghanaians?!

This country seems to have two set of laws, one for the ordinary man on the street and the other for the politicians, the rich and the powerful and the well connected. We will make no progress as a nation if we did not dismantle our two face approach to law enforcement. South Korea just impeached its president for corruption allegations and she is being prosecuted. The head of the country’s best known global brand, Samsung is also being prosecuted for bribery and corruption. Who contributes more to the Korean economy in terms of taxes paid to the state, creating jobs, and putting Korea on the map than Samsung? However, if you break the law, you are dealt with according to the law. Nobody is above the law. That is what civilized nations do.

In Ghana, some people are clearly above the law. There are some who think they are untouchables in our society. They commit crimes and get away with it with impunity. There is selective application of the law. The delta force members were considered as ‘riff raffs” so were denied bail whereas the celebrity who tried to steal a V8 vehicle walks free and a prominent businessman who has committed fraud by issuing 44 dud cheques is given time to pay and has his freedom. Will he even pay? Woyome was asked to pay us back our money and it has been several years now but has not paid.

Now back to the alleged corrupt Ukranian member of parliament who was seized and thrown into the rubbish dump by anti corruption protesters, can that happen in Ghana? Politicians in Ghana think they are untouchable. They will invoke the law attacking a public official to protect themselves. In places like Ukraine, citizens are alert and jealously guarding their democracy. They are protecting their democracy not politicians. In Ghana, we are protecting our politicians and their family and friends not our democracy. If what you see in that video happens in Ghana, you bet we will blame vigilante groups for orchestrating it. It is what I call citizens vigilantism to protect and defend our democracy.

I call on the president to ensure that the law is applied equally across the board in Ghana. The President swore an oath to do justice to all manner of persons and to protect and defend the constitution of Ghana. Let the poor and the rich be equal in the face of the law in this country. Selective application of the law is taking us back and doing a great deal of harm to our democracy. It’s not everything about vigilantism is bad, we need citizen vigilantes like Martin Amidu to fight for equal rights and justice for all, and fight against corruption, favouritism and cronyism.