North Korea is Militarily Unsolvable Problem. Not Even Donald Trump Will Try 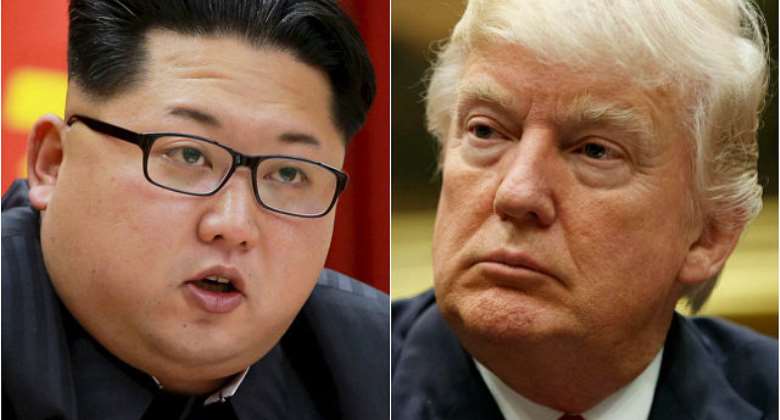 Yes, you heard it here first. This problem called North Korea cannot be solved militarily. This is coming from someone who spent 25 years in the region and visited the DMZ several times and made a trip to Pyongyang. Not even Donald Trump with his belligerent attitude and unpredictability will dare try to unleash the first strike.

It is a multifaceted and very complex geo political problem. Donald Trump may be naïve, he may not fully understand the complexity of the issues involved and foreign policy in general but I am certain his military advisors do and they have been offering him the same advice they have offered previous US Presidents before him. I also believe the Donald’s National Security Team despite being dominated by hawks will echo the same sound advice from the military leaders “North Korea is not militarily solvable problem so back off, dude”.Forget about all the talks about “we are sending an armada to the region,” “all options are on the table”, “we will act militarily even if we have to go it alone” etc.

All that is designed to put pressure on North Korea to return to the negotiating table and to give up its nuclear program peacefully but they won’t. Sanctions may slow them but they are moving forward. Tensions will continue to rise, they will get to the brink but hopefully will pull back because if a conflict breaks out there, there may be no winner, the results will be very catastrophic and both sides and the neighbours in the region know that.

The key is the ability to restrain oneself in spite of the provocations. The North Koreans will continue to defy the international community by continuing to test missiles and also continue their nuclear program because they believe by having a nuclear weapon and the means to deliver them to the mainland United States is the only way to secure their homeland. Experts say they do possess the weapon and are trying to miniaturize it to be able to deliver it as warheads on top of a long range intercontinental missile targeting the mainland United States. What they are struggling with is the delivery system. As the nuclear powers before them saw, having the weapon is one thing, and having the means to deliver with pin point accuracy is another, It may take them further 5-10 years to perfect that.

The best military strategy you may think is for the United States to launch a preemptive strike to take off their nuclear weapons and their delivery systems and research facilities but it is not that easy. They have these facilities scattered all over the place and are constantly moving them around to avoid satellites picking them up. They also do have very deep underground facilities to hide them. Anybody who has ever been to North Korea will tell you, their subway way systems were built with war in mind. They are very very deep underground. Unless a preemptive strike, is able to destroy their entire weapons systems both conventional and nuclear and make them unable to retaliate. This is highly unlikely so they would retaliate and retaliation will be horrifying for Seoul and Tokyo.

If there’s a preemptive strike from the US, the North Koreans will retaliate first and foremost against South Korea and Japan, US allies in the region. Seoul, the capital of South Korea lies just 45km south of the border, a bustling city with close to 12 million people overly exposed to North Korean aggression. The North Koreans have said in the past before and no one doubts that, in the event of a war, they will reduce Seoul to a sea of blood within minutes. Everything and everybody will be a target. Strategically, the location of the South Korean capital is too close to North Korea for comfort. The US recently transferred THAAD missile interceptors and PACs to South Korea and Japan but we all know how notoriously unreliable these missile interceptors could sometimes be. We saw them in use during the two Gulf Wars.

For this reason, South Korea will strongly oppose any first strike option from the US. The United States even under unpredictable Trump will not act militarily in North Korea without the approval of South Korea and Japan but more importantly without approval from South Korea. If the US attacks the North, they will hit back really hard at Seoul and Tokyo and the result will be more than disastrous, not worth it.

On the other hand, China will do everything possible to prevail on North Korea not to attack first. China does not want a war in its neighbourhood and being the only country with influence and leverage over the North they will use their political leverage to dissuade North Korea from attacking its Southern neighbor. China also has its own interest to protect. A war on the Korean peninsula will see an influx of refugees across its borders, something they don’t want to see happen because it may have the added and unintended consequence of destabilizing China.

So this North Korean problem is a complex one with a heavy price tag on it should it develop into a full blown military conflict. The US will eventually prevail but at a heavy cost to its allies in the region, South Korea and Japan. The price to be paid by South Korea and Japan will not be worth it. Have you realized Trump lately has been toning down on his rhetoric? He has started behaving and making pronouncements resembling a traditional US president. He’s coming to realization that campaigning is different from governing.

Suddenly he has realized how relevant NATO is, the border wall will no longer be paid by the Mexicans, soon he will abandon the wall altogether and start talking about strengthening ‘our borders’ through border patrols. He will soon ask for global help to tighten sanctions against North Korea, and ask to sit down with them to dialogue instead of war mongering.

Ben Ofosu Appiah,
Accra – Ghana.
The author is a senior political analyst and policy strategist. He spent a quarter of a century studying, living and working in Tokyo, Japan. He travelled extensively in South East Asia including to the two Koreas. He welcomes your views; [email protected] Tel: +233 26 765 5383