Avoid the Leadership of a Child – 5 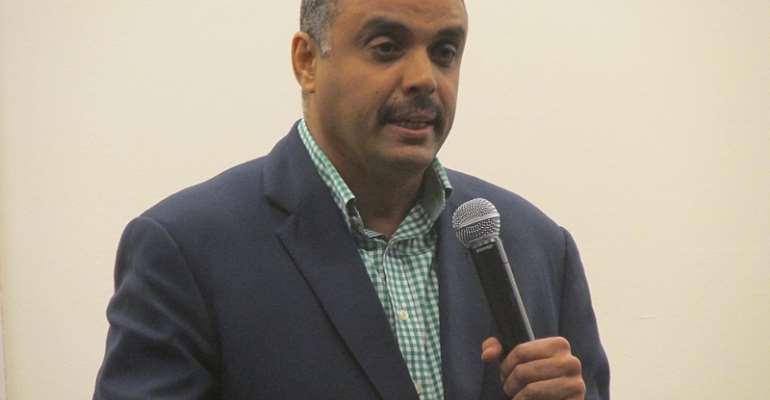 If a poor nation's head of state visits Paris for twenty days; books forty-three rooms in a five star hotel and spends more than one million dollars for his twenty-day hotel bill – less other expenses like the shopping bill for his wife and her entourage, will the French government not be aware of the presence of a 'child' spending his resources because he does not understand what he is doing?

13. THE LEADERSHIP OF A CHILD IS CHARACTERIZED BY NOT CATERING FOR THE NEEDS OF OTHERS, ESPECIALLY FOR PEOPLE THAT ARE OUT OF YOUR SIGHT.

Bear ye one another's burdens, and so fulfil the law of Christ.

Galatians 6:2
In the Bible we see how God expects the mature to take care of others.

For when for the time ye ought to be teachers, ye have need that one teach you again which be the first principles of the oracles of God; and are become such as have need of milk, and not of strong meat.

Hebrews 5:12
A leader who is like a child cannot provide hospitals for the people of his country even though he can provide a super specialist for his family. A leader who is like a child is unable to provide water and electricity for the rest of the country even though he can provide it for himself in his presidential palace. He has paved streets with palm trees leading to his palace. He has running water and electricity. His health needs met by foreign doctors and super specialists. His children go to the best schools abroad. But he is unable to provide schools for the common people of their country. The rest of the country is left to rot in the dust. Children simply do not cater for anybody's needs!

14. THE LEADERSHIP OF A CHILD IS SUCH THAT NO ONE WOULD WORK UNDER HIM IF THEY HAD A CHOICE.

So when all Israel saw that the king hearkened not unto them, the people answered the king, saying, what portion have we in David? Neither have we inheritance in the son of Jesse: TO YOUR TENTS, O ISRAEL: now see to thine own house, David. So Israel departed unto their tents.”

1 Kings 12:16
Such is the state of some countries! No one would stay in these countries if they had a choice. As in the case of Rehoboam, eleven out of twelve people would walk away and only their relatives and direct beneficiaries would remain behind.

Some years ago I visited a slave castle in an African coastal city. The tour guide did a good job and took us through the various rooms and horrifying dungeons that had been used to keep the captured slaves. At the end of the tour we came to a little door that was called “The door of no return.” He told us how anyone who passed through this door never came back to the African soil. He would either perish at sea on a slave ship or die as a slave in America.

“Wow,” I said, “that was horrible.” Then I asked a question and got an answer that astounded my entourage of African American visitors.

“If this slave ship were to come back to this castle to take slaves to America again do you think anyone would go on it?” I emphasized, “I don't mean a normal ship. I mean a slave ship to take you away as slaves and not as tourists or visitors.”

The tour guide answered, “The ship would be filled to capacity and even sink from overloading. We would rush to get on board so that we could go to America as slaves.” My African American visitors could not believe their ears.

Why would anyone want to go to America as a slave? Are they trying to escape from the good weather that is found in Africa? Are they trying to escape from the richest continent, which has the most natural resources? The answer is 'No'. They are escaping from the kind of leadership that has turned the continent into a chaotic wilderness without buildings, roads, hospitals, schools and every basic amenity that is found where proper leadership prevails!

15. THE LEADERSHIP OF A CHILD IS CHARACTERIZED BY THE INABILITY TO MANAGE WHAT YOU HAVE.

Now I say, that the heir, as long as he is a child, differeth nothing from a servant, though he be lord of all; but is under tutors and governors until the time appointed of the father.

Third world countries beg for loans, grants or gifts rather than working with what they have. Their leaders constantly make claims about what they would do if money were given to them. They do not know how to start small practical things, but would rather call for huge amounts of money. They do not live off what they have but rather have their minds fixed on external sources of money.

We must avoid the leadership of a child!
[email protected]
The Art of Leadership
By Dag Heward-Mills