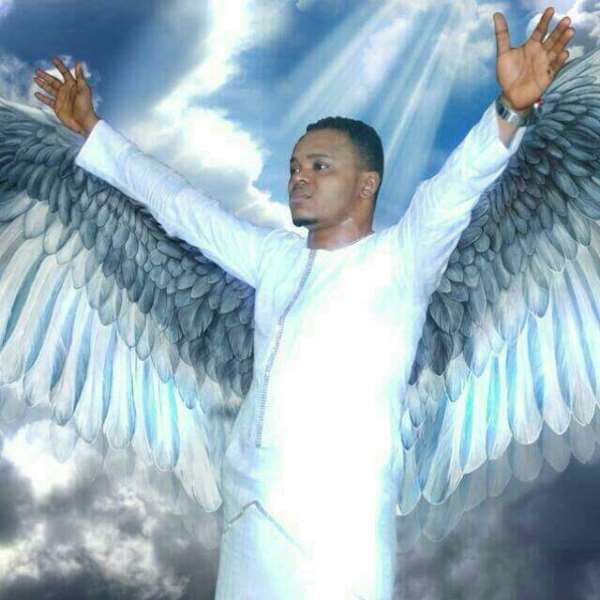 Black people are the least successful people in the world. According to research, in USA white people are five times richer than black people. In the UK alone, half of young black males are unemployed. In Africa, poverty is the continent’s middle name.

Being the poorest people in the world, yet the most religious, believing that God should somehow miraculously bless them with wealth by going to church and yet they will always remain in poverty. Not long ago I was also part of the black circus of religion. Being in a black Pentecostal church made me completely retarded as I was no longer able to use my God-given mind to think for myself. I entered the church building with money and left it there thinking that would give me a breakthrough.

Today I watch in sadness as millions of my black brothers and sisters abandon their minds in the name of Church/God. As we were entering into the New Year, black people flocked in churches on 31st December for All Night Services dubbed The Crossovers leaving churches at early hours of the morning on New Years Day. Most of these Crossover services have nothing to do with the salvation of soul or seeking the face of God but rather claiming financial breakthroughs and miracles.

The Black Pastors, Spiritual Fathers and “Prophets” made the most of New Year’s Eve. For them, New Year is a time to make more millions as they tell their gullible followers to sow seeds so that they will be blessed in 2017. They tell single women that they will be getting married in 2017. People were promised big breakthroughs, cars, houses, businesses, promotions etc. Everyone will be so hyped up at these freaky Crossover services.

Now the sad thing is these gullible followers were promised the very same thing the previous year. They were also told that 2016 was their year but at end of the year, they are exactly the same as they were the previous year, and the year after. No breakthroughs! No miracles! But they still went again to this New Years Eve for some fresh “anointing”. Is this not some mental illness?

Zimbabwe probably has the highest population of prosperity “prophets” in Africa even though it is now the second poorest country in the world. The poverty stricken people of Zimbabwe are obsessed with false prophets and spiritual Fathers.

False Prophet Walter Magaya also held his own Crossover Night where he promised his blind followers prosperity. Another Zimbabwean False Prophet Eugene Makore who is always bragging on Facebook about his flashy cars asked people to sow a seed (money) so that they receive their 2017 breakthroughs. The breakthroughs was in packages, gold, silver, bronze, and platinum. These packages are according to how much money you give off course. With the platinum package, you get a chance to speak to Eugene Makore directly on the phone, which is supposed to be a “blessing”.

If you think Eugene Makore is barking mad, wait for this. Father of all false prophets in Africa Emmanuel Makandiwa did a massive New Year Cross Over service for 2017 where he promised even bigger financial miracles and breakthroughs. The gullible followers were told to pay as much as $7000 for bigger blessings. Emmanuel Makandiwa is the spiritual son of Ghana's Prophet Victor Boateng. If Ghanaians are able to make these “Men of God” millionaires, why then do they blame John Dramini Mahama for poverty.

As I mentioned at the beginning of the article, white people are more successful financially than black people simply because they use their brains, its that simple. God doesn’t grant you success because you have paid money in church or fasted. Mark Zuckerberg didn’t pray and fast to become a billionaire, he simply used his intelligence and added hard work to it. No Papa had to lay his hands on him to invent Facebook.

So for those single women who have been promised husbands by their “prophets”, forget what Papa has said and just get out more, and maybe stop putting too much makeup that you are barely recognisable, and surely you will meet someone. For those who want financial breakthroughs, work hard, be innovative and maybe use your God given talents to get to your destiny. You don’t need special anointing oil from a “Prophet” to be successful.

2017 will just like any other year. You make it special by your own efforts. It isn't a year of breakthroughs or whatever stupid themes your “prophets” promise you.

Until black people are able to think for themselves, work hard, identify opportunities, take a risk in entering into new areas, they will continue to be impoverished hence a nitch market for self-styled prophets to be richer. Stop this New Year Cross-Over madness.

This Article first appeared on www.jeangasho.com

Tolon: NDC slams Bawumia for allowing hospital to rot after ...
45 minutes ago

Ban on noisemaking during Homowo festival to completely end ...
55 minutes ago