No elections in DR Congo before April 2018: minister 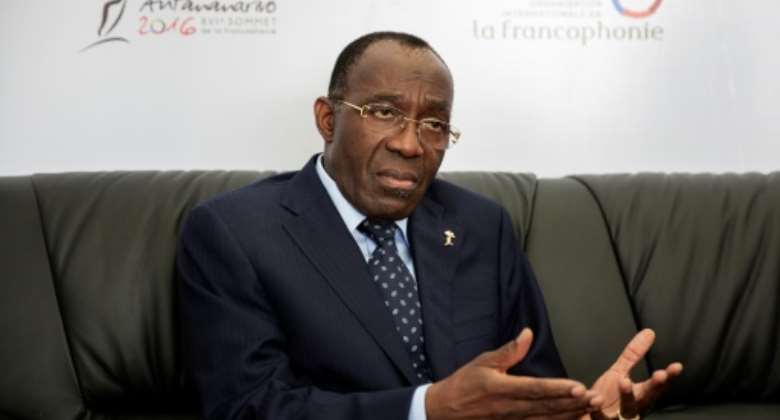 Antananarivo (AFP) - Controversial moves to extend Congolese President Laurent Kabila's stay in power appeared to advance Sunday as a close ally said elections would not be held until April 2018, 16 months after Kabila was due to leave office.

Foreign Minister Raymond Tshibanda also warned that the political opposition in the Democratic Republic of Congo, which has urged Kabila to step down on December 20 when his term officially ends, could foment violence.

Tshibanda, speaking on the sidelines of a conference in Madagascar, said that Kabila's government had "consulted election experts" from Congo, the United Nations and elsewhere, and that "it has been decided that the voter registration operation will end on July 31, 2017 and that elections will take place in April 2018".

"Before that no expert thinks it will be possible" to organise a vote, he said.

Kabila, who has been elected to two presidential terms, is barred from serving again but has never said he plans to step aside.

Earlier this month he cut a power-sharing deal, appointing fringe opposition politician Samy Badibanga as prime minister in a move that effectively extends his term to at least late 2017.

The "Gathering", a movement of mainstream opposition groups that back politician Etienne Tshisekedi to replace Kabila, have rejected the deal.

In September, during protests organised by the Gathering against the delayed elections, 53 people were killed, according to a UN toll. Congolese authorities have banned further rallies including one last week.

"It is clear that not all political actors are acting responsibly, and that some of them are practising politics of the worst kind", Tshibanda said.

He said he "cannot exclude that there might be attempts at violence", and warned that "the Congolese government will act accordingly".

Congolese President Laurent Kabila came to power after the assisnation of his father, Laurent-Desire Kabila, seen in 2000, in 2001

The question of Kabila's succession has triggered renewed political crisis in Congo, a vast resource-rich nation riven for decades by rival power struggles.

Kabila came to power after the murder of his father Laurent-Desire Kabila by a bodyguard in 2001 during the Second Congo War, which ended two years later.

Elected in 2006, he went on to win a second five-year term in a 2011 vote decried as rigged by the opposition.

Tshibanda, speaking at a summit of leaders of French-speaking nations, said Kabila was unable to attend.

"The head of state cannot leave the capital when he is in the middle of consultations to form a government," the foreign minister said.