Transforming Hope Into Reality For Patients Of Drug-Resistant TB 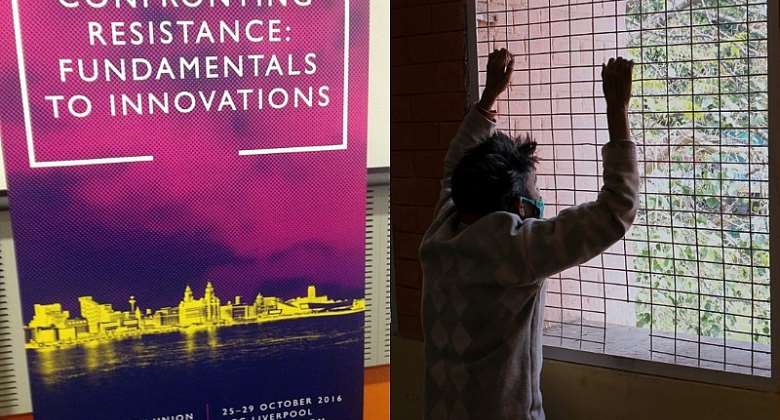 Multidrug-resistant TB (MDR-TB) remains a public health crisis. As per WHO’s Global TB Report 2016, 480,000 people fell ill with MDR-TB in 2015, with 3 countries - India, China, and Russia - carrying the major burden and together accounting for nearly half of all MDR-TB cases globally.

Detection and treatment gaps continue to plague the MDR-TB response. In 2015, only 1 out of every 5 people needing treatment for MDR-TB were able to access it and only 52% of those who started MDR-TB treatment were cured.

“These sobering statistics remind us of our urgency to continue the fight to develop better, faster and affordable treatments that will finally bring this pandemic under control,” said Dr Mel Spigelman, CEO of TB Alliance, which is working to advance several promising regimens to tackle all forms of TB.

The current MDR-TB regimen lasts for 2 years or more. It includes medicines and injectables that are not only toxic but also come at a cost that is higher than what many patients and healthcare systems can afford. Even the new 9 month MDR-TB regimen that has recently been endorsed by WHO, though shorter, does include 4 months of injectables.

However new results from 2 clinical studies conducted by TB Alliance point to an emerging paradigm, where countries may soon have the short, all-oral, and affordable drug regimens needed to treat all people with TB. Late stage clinical results from these two studies were unveiled yesterday at the 47th Union World Conference on Lung Health in Liverpool.

THE NC-005 STUDY
The NC-005 study investigates an oral, injection free regimen that purports to treat both drug-sensitive and MDR-TB with a short, simple, safe, and affordable treatment. A Phase 2b, 2 month study tested various combinations of BPaMZ—Bedaquiline (B), Pretomanid (Pa), Moxifloxacin (M) and Pyrazinamide (Z). It was conducted at 10 sites in 3 countries (Uganda, South Africa, and Tanzania). A total of 240 patients were enrolled in the study— 180 patients with drug-sensitive TB received BPaZ and 60 patients with MDR-TB received BPaMZ. The study also investigated a simpler dosing scheme for bedaquiline, which could lead to fewer pills and an overall less complicated treatment for patients.

NC-005 showed that the best regimen was a combination of all four drugs, BPaMZ, which was examined in an arm of the trial. Data showed that at the end of 2 months, clinical study participants receiving BPaMZ cleared TB bacteria from their sputum 3 times as quickly as those on the standard treatment regimen. Almost all participants had culture conversion after the 2 months of treatment. This is the fastest rate of culture conversion that has ever been seen and indicates the potential of BPaMZ to treat all forms of TB-drug-sensitive as well as MDR-TB with the same regimen. The regimens appeared safe. The study showed that it was possible to simplify the dosing of Bedaquiline and found that a daily dose of Bedaquiline (200 mg) is at least as active and safe as the labelled dose. This will allow for simpler daily dosing with the regimen and to be combined in a fixed dose combination.

The BPaMZ regimen is being tested to see if it can cure the vast majority of TB patients in as less as 3 months. If successful, the regimen could reshape the treatment landscape of TB, especially for people with MDR-TB, who currently face an arduous 9-24 month treatment journey that is too often unsuccessful. The results of NC-005 could pave the way to a global Phase 3 trial.

THE NIX-TB STUDY
('Nix' means to put an end to)
It is estimated that 9% of all the MDR-TB patients suffer from extensively drug-resistant TB (XDR-TB) that is resistant to at least four commonly used anti-TB drugs. XDR-TB is often considered a death sentence. Most XDR-TB is not treated at all because of the cost and complexity of the treatment. Of those who do receive treatment, less than one third get cured.

In May 2015, TB Alliance and partners launched the world’s first clinical study— the Nix-TB Study-to test a new XDR-TB drug regimen called BPaL, consisting of Bedaquiline (B), Pretomanid (Pa), and Linezolid (L) in patients who have no other treatment options. It is the first study to test an all-oral drug regimen, comprised of drugs with minimal pre-existing resistance, that has the potential to shorten, simplify, and improve treatment for XDR-TB.

Nix-TB is an open-label study that is being conducted at 2 sites in South Africa—at Sizwe Hospital in Johannesburg and at Brooklyn Chest Hospital in Cape Town. Additional sites to expand the study are planned.

Initial data from the study shows the promise of BPaL to treat XDR-TB in only 6 months - Bedaquiline (400 mg daily for 2 weeks followed by 200 mg twice a week), Pretomanid (200 mg daily) and Linezolid (1200 mg daily) given orally for 6 months with the option to extend treatment to 9 months for participants who do not culture convert within 4 months. Patients are assessed at regular intervals with the aim of being cured in 6 months. After completing treatment, participants will be monitored for two years to ensure they do not relapse.

The interim results (between April 2015 and July 2016) on the first 15 participants enrolled in the study, of whom 7 were HIV positive, showed that 12 of them completed 6 months of therapy. The majority were culture negative by week 8 and no patient needed an extension of treatment. As of July 1, 2016 there have been no clinical or micro biological relapses.

As of now, 30 patients have completed 6 months of treatment and all have negative cultures of their sputum. There have been no relapses to date, although the study is still ongoing. The rest of the patients are in various stages of treatment and follow-up. 4 patients have died, but this is a substantially lower mortality than ever reported before.

The early results of this greatly simplified and shortened all oral regimen for XDR-TB appear to be encouraging in terms of both efficacy and safety. The regimen appears safe but requires medical supervision. Linezolid, which has been used off-label to treat MDR-TB, has considerable toxicity but was managed in a clinical study setting.

This is the first injection-free regimen for XDR-TB that, if successful, could transform XDR-TB treatment, with patients being cured by taking a relatively short, simple, oral and effective regimen. Importantly, the regimen would also reduce the complexity and cost of the treatment to a fraction of what it is today, facilitating the global implementation of XDR-TB treatment in resource-poor nations.

These regimens can be deployed in the context of currently available or forthcoming diagnostics. These regimens may revolutionise and markedly reshape the treatment landscape for TB by offering a common therapy for virtually all people with drug-sensitive and drug-resistant TB, and a closely related treatment for those with extensively drug-resistant TB.