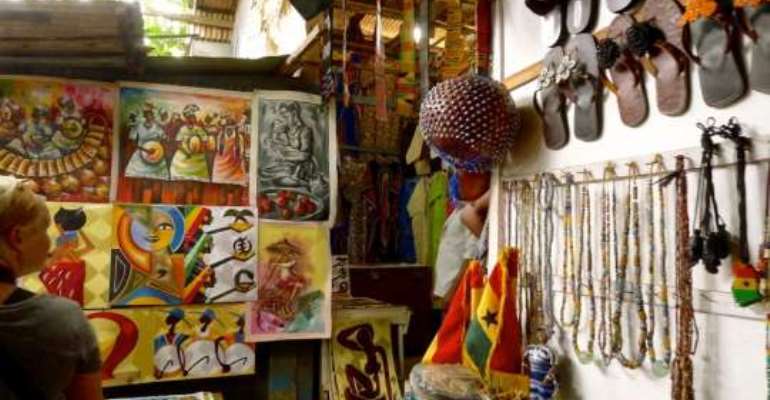 By Deborah Apetorgbor/ Edwina Ocansey, GNA
Accra, Sept. 30, GNA - Mr Emmanuel Turkson, a woodworker at the Azargu Furniture Works at Dome, in Accra, has appealed to the Government to revamp the industry as it has the potential of employing thousands of youth.

He described the handicrafts industry as 'an untapped gold mine', which had a huge potential of generating high forex earnings.

Speaking in an interview with the GNA, Mr Turkson, however, expressed concern about the cost of raw materials for the industry and said Governmental interventions were critical to create the enabling conditions.

He said the prices of materials, such as wood of various sizes; plywood, and nails were so high, explaining: 'Handicrafts workers spend more on acquiring the raw materials, which affects the price of the finished products in the market'.

Mr. Bright Antwi, an Official in Charge of the Arts Centre, complained about the deplorable state of the artifacts village, popularly known as the Arts Centre in Accra, also touted as Ghana's main arts hub.

Mr Antwi noted that most handicrafts workers, sales men and women at the Center had over the years, cried for renovation of the place and support from government to upgrade their output.

He urged the Accra Metropolitan Authority (AMA) to support the Centre to undertake the necessary renovations.

Other traders and customers, who spoke to the GNA, corroborated the issues raised and called for immediate assistance to transform the Village to contribute more to the national economy.

The traders, however, commended Nana Glover Acheampong, the Administrator of the Centre, for instilling discipline, driving away the illegal traders who normally paraded the entrance and harassed customers.

'Nana Acheampong has united the splinter groups into one association, formed a unified task force and set up a disciplinary committee at the centre,' said Mr Kwamina Gyentua told the GNA.