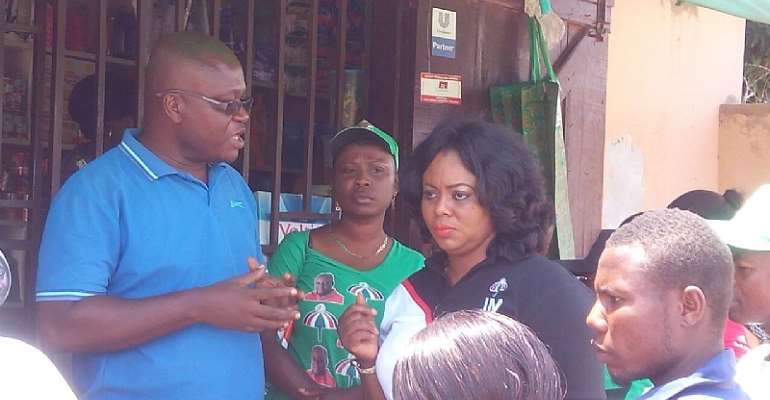 The National Democratic Congress (NDC) parliamentary candidate for the Ledzokuku constituency, Benita Sena Okitey Duah has hit the ground running with her campaign, following a series of programmes aimed at rallying the people to believe in the transforming lives agenda.

The MP for the area has began a house to house campaign, health walk and other programmes in a bid to catch up with the locals of the area.

During her campaign, the MP brought to the knowledge of electorates in the constituency, her achievments of the NDC and herself as the MP .

She also revealed her future plans for the constituency during the campaign.

Police smoke out Shatta Wale, handcuff him for faking gun at...
26 minutes ago