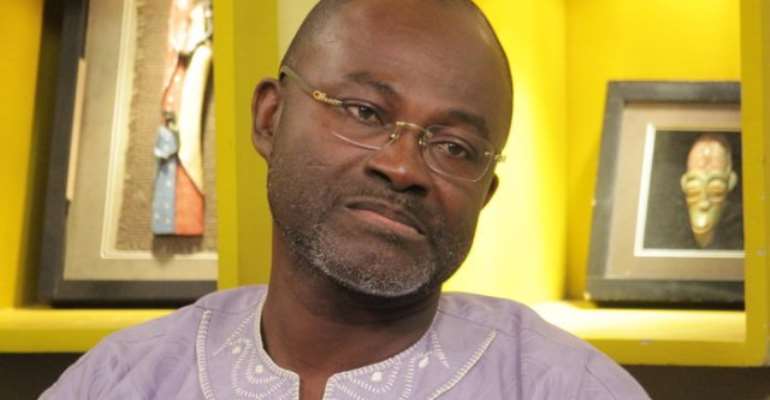 There was a tussle between Member of Parliament for Assin North Kennedy Agyepong and the District Chief Executive of the area over who has the power to commission a newly built market complex at Assin Fosu in the Central Region.

The MP who built the market with his share of the Common Fund decorated the market in the hope of commissioning it together with the running mate of the New Patriotic Party Dr Mahamudu Bawumia who is on a five day tour of the Region.

But the District Chief Executive of the area Dr Kofi Blankson will not allow that to happen.

Joy News' Central Region correspondent Richard Kojo Nyarko reported the DCE as saying, the common fund is not the personal property of the MP and that the market remains the property of government.

According to Richard Kojo Nyarko, the market has been taken over by uniformed men who are not allowing anyone entry into the market.

With 67 days to go for the 2016 elections, all the political players are looking for every opportunity to endear themselves in the eyes of the electorate.

With a market ready to be commissioned either the MP or the DCE, who is representing government, would have taken advantage to tout their achievements and hope the electorate will vote for them.

But the MP appears to have given up hope of commissioning the market. In place of the commissioning ceremony, the NPP MP together with the running mate are holding a mini rally close to the market complex, Richard Kojo Nyarko reported.

Kennedy Agyepong told the chanting supporters to let go and that for the sake of peace he will not commission the market complex.

He found it rather intriguing that at the time the market was in a deplorable state, the DCE and the Assembly did not find it a worthy property to fight over.

Dr Bawumia in addressing the crowd congratulated the MP for the peaceful manner he settled the matter saying that is what is needed for a peaceful election in December.

He was however unequivocal in his demand for change.

We’re Investing Massively In Infrastructure; Not Rearing Fly...
5 minutes ago

Mahama Shakes Tarkwa As Menzgold Customers Give Him Rousing ...
5 minutes ago