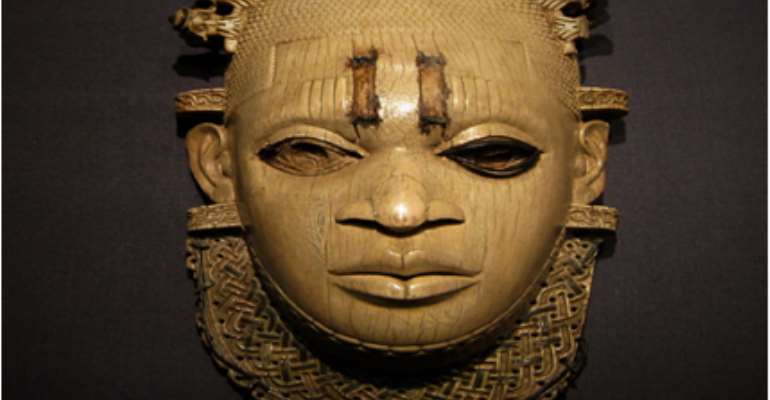 For many of us, any occasion is welcome for discussing the restitution of the Benin artefacts and the reunification of the Parthenon Marbles, and Brexit is no exception. But we must state clearly that neither the Greek sculptures nor the Benin treasures are intrinsically linked to the political wisdom or folly that may be currently prevailing in the British Isles.

Whilst the raising of the question of the Nigerian artefacts often recalls the existence of the dispute relating to the Greek treasures, the two issues must in no way be amalgamated. The nature of the objects, the history of their acquisition, the relevant legal and political ramifications and the possible difficulties of their restitution, are obviously not the same.

We must put on record our unflinching support for the reunification of the Parthenon Marbles and for the restitution of the Benin Bronzes. Whilst we would like to state our boundless admiration for the Greek government and officials for their persistent, historic, recorded and enduring efforts to recover their cultural treasures, we would be very hesitant to state the same about Nigerian efforts in this context. Our love and commitment to Nigerian culture and efforts to recover looted/stolen Nigerian cultural artefacts have been amply stated in various places. But have Nigerian officials expended as much effort as the Greeks have done to recover the national treasures?

Prof. Wilhelm Östberg, former Director of the Museum of Ethnography, Stockholm, has suggested that Nigerian officials may have other interests in lending national treasures without seeking reciprocity and that may also explain why the same officials are not keen to submit formal requests for restitution. No one has contested that assertion.

Our own conclusion, after years of reflecting on the issue of restitution of Nigerian artefacts, is that if the Nigerian officials had put in sufficient efforts we would by now have recovered a large number of the thousands of Nigerian artefacts that are illegally and illegitimately detained in several Western museums.

To start with, the Nigerian officials could establish and publish a simple list of the artefacts they would want back. To date no official Nigerian list has been produced. The Cairo Conference on restitution in 2010, under the leadership of Zahi Hawass, asked for such a list. We have heard from some officials that they do not know where looted Nigerian artefacts are. However, many books and exhibition catalogues provide some of the required information. Moreover, a short visit to any major Western museum in London, Berlin, Paris, Vienna and elsewhere would yield useful relevant information.

Has Nigeria ever reported any lost/stolen artefact to Interpol and other international bodies that might be able to assist in the recovery of such items? Has the loss of Olokun ever been reported to a competent body? Some officials even deny that Nigeria has lost any such treasures.

One task Nigerian officials could usefully perform would be to provide to their own public precise information on the efforts that have so far been made to recover artefacts abroad. They would thereby enable the public to learn more about Nigerian artefacts and the history of their journey abroad and efforts for their recovery. But it appears that some Nigerian authorities are not interested in Nigerian history and have even prohibited the teaching of history in schools.

Nigerian officials talk about quiet diplomacy and refuse to reveal any details about their efforts at restitution so far. Are public servants who are not dealing with defence matters allowed to pursue such a policy which makes it almost impossible to know what they are doing or not doing? How can Nigerians practice quiet diplomacy when their Western counterparts are open about their activities? How can they whisper in dining rooms and reception halls whilst their Western colleagues are shouting loudly on roof tops that they would not return any Nigerian artefacts? What kind of game is this where each side seems to have a different set of rules?

It is obvious to many that Nigerian officials would have to abandon the policy of quiet diplomacy that has so far not resulted in any restitution since Independence in 1960. This failed policy must not be pursued further. The many thousands of looted/stolen Nigerian artefacts abroad will not return home through quiet diplomacy. The examples of Italy, Egypt and Turkey demonstrate that only a vigorous and open campaign can yield tangible results. Queen-Mother Idia, Oba Esigie, Oba Akenzua and others will not return from imperialist detention and exile until the strident voice of Nigeria is loud enough to be heard even in the mighty citadels of looted artefacts. Whispering at cocktail parties will not liberate the detained nobles.