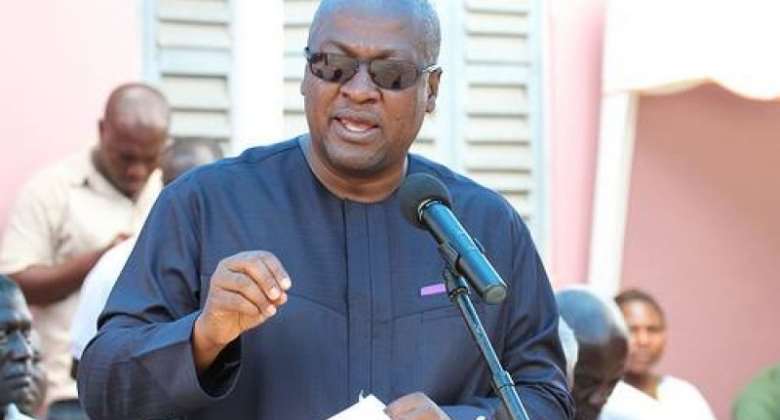 The Fair Trade Oil Share Ghana (FTOS-Gh) Campaign and its Oil & Gas Experts Group strongly oppose the 2016 Mahama-Dagadu-Buah Oil E&P Bill, as a "Bill for Corportate Vultures". Therefore, pending publication later this week of that bill on www.GhanaHero.Com in its entirety, and on these same pages, we present below our experts professional opinions, under 12 points.

1. President Mahama, Petroleum Minister Buah, and his Deputy, Benjamin Dagadu, are inventing and perfecting a "new" Ghana "Oil Revenue Swindle Wheel" by vesting management and control in the State, (i.e., "the Minister"), a politician, who have thus far shown that they are nothing but GREEDY, CALLOUS, and UNACCONTABLE BASTARDS defending the pockets and interests of Foreign Oil Companies, and their own.

2. The 2016 bill scorns Ghanaians. The Bill in its current form is NOT a Production Sharing Agreement (PSA) bill, nor does it even attempt to pretend or operate like one. (The only PSA element in the fiscal provisions is clause 88 which deals with "Bonus" payments. (However, as only GREED and CORRUPTION know, the type, frequency, time, percentages, amounts of any "Bonus" are not defined, but rather, are left to "the Minister" to decide, including the decision to receive NONE for good Proud and People of Ghana).

3. The 2016 Bill is a Royalty System scam. (Mahama, Buah, and Dagadu are managing these Ghana natural resources the same way gold and other minerals were handled under colonial rule, over the generations, with just crumbs for Ghanaians.

4. This so-called Ghana Hybrid System is the same Royalty Tax System. It is an attempt to give retrospective legal backing to those bad agreements and contracts signed by Kuffour and the NDC governments.

5. The 2016 E&P Oil Bill, specifically "Clauses 85-89", is skewed towards collection of taxes which in practice are difficult to collect from multinationals. HISTORY: The foreign oil companies earned US$13.329 Billion gross revenue in five years of operations at the Jubilee Fields. That should have attracted US$3.553 billion in taxes. However, they ended up paying less than US$500 million in both taxes and surface rentals.

HISTORY: The foreign oil companies have not paid any taxes over the last 2 years simply by claiming they incurred losses. Those loses are unproven independent experts.

6. The bill, similar to the Jubilee Agreement, would compel Ghana and GNPC to pay the lead operating group(s) KOSMOS-Tullow, over US$2 Billion for participating in the project during the next/another 10 years, an avoidable major loss of revenue to Ghana. (In 1974, PETRONAS, the Malaysian Oil Company, jettisoned that system and chose the PSA, instead).

7. The Bill allows the foreign Oil companies take advantage of the incentives that go with adoption of PSA, such as waiver of import and export duties and other taxes which have to be paid under full Royalty Tax System, with greater loss to Ghana.

8. The Bill would have GNPC compete with the foreign oil companies for oil blocks declared open by "the Minister" even if GNPC has resources, know-how, and time to do so. "The Minister" can simply exercise discretion and allocate to whoever they choose. (The National Oil companies of Malaysia, Angola, Trinidad and Tobago, Norway, Nigeria , Indonesia and others manage and control their oil resources).

9. This Bill eventually means lose of total ownership rights and permanent sovereignty over Ghana's Oil and Gas riches to foreigners, by Ghanaians, if passed into law.

10. The 2016 Bill takes away all the rights and controls granted the National Oil Company, GNPC under PNDC Laws 64 and 84, thus placing ownership and control of the Oil and Gas resources of Ghana into private hands contrary to Article 257, section 6 of the Constitution of the Republic of Ghana.

11. The Bill, specifically "Clause 20", waters down clause 13 of PNDC law 84 contrary to current Industry International Standards and Practices that prescribe review by Sovereign of Petroleum Agreements mandatory every FIVE to SEVEN years. (The wording of the clause does not make review mandatory).

12. The 2016 Bill is a contravention of the UN Resolution on Permanent Sovereignty Over National Resources, GAR 1803 of 1962 reprinted in GAR 3171 of 1963, and the Charter of Economic Rights and Duties of State GAR 3181 of 1974. Ghana is a signatory to all those UN conventions and Resolutions. (Placing a cap to limit what is 100% Ghana's, under Constitution, is wicked, unpatriotic, and above all, suicidal for Ghana).

THEREFORE, without further delays, the 2016 E&P Oil Bill must be withdrawn by Mr. Mahama and Mr. Buah, and PSA standards and provisions quickly, strongly, and transparently, integrated into that Bill to allow Ghana to achieve the basic, reasonable economic interest of Fair-Trade Oil Share that meets Sovereign rights, and still allows the Foreign Oil companies fair and reasonable returns on their investment.

(SEQUEL TO: This Mahama-Daguda-Buah 2016 E&P Bill is a Vulture Bill for Oil Companies! ).

Brought to you courtesy www.GhanaHero.com©5 July, 2016.

I sold my virginity to a fetish priest for money, now my vag...
24 minutes ago

Economic crisis: We are all in this together and we intend t...
39 minutes ago