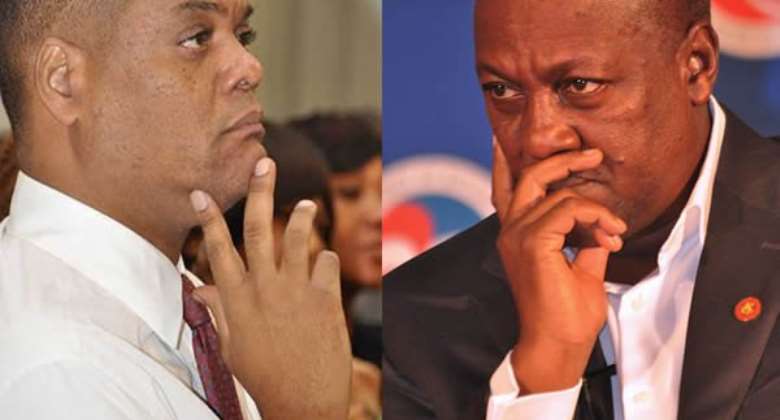 Convention Peoples' Party (CPP) Youth League has dissociated itself from comments by its flagbearer, Ivor Greenstreet who has said he sees nothing wrong with President John Mahama accepting a gift from a contractor.

In a statement signed by John Osei, the League says the president has embarrassed himself and should resign from office.

Allegations of conflict of interest and corruption have been hanging around President John Mahama after Joy News’ Manasseh Azure investigations showed the President in 2012 received a gift from a Burkinabe contractor, Djibril Kanazoe.

The contractor had been awarded a contract from government.

Government has acknowledged the president received the Ford Expedition (2010 edition) but does not use it personally.

Ivor Greenstreet has defended President Mahama’s conduct and has dismissed talks of an impeachment. “I don’t have a feeling that there is a breach of protocol or conflict of interest”

The CPP Youth have however expressed disappointment in their flagbearer’s comment and have asked that it be ignored.

The CPP statement below
PRESIDENT MAHAMA MUST RESIGN
As Ghanaians, we are totally embarrassed by the misconduct of the President and demand his immediate resignation.

The President has breached his own code of ethics for Ministers and other Public Appointees.

The President has breached the Public Procurement Act.

The President has breached the Commission on Human Rights and Administrative Justice (CHRAJ) Guidelines on Conflict of Interest.

There is no way the President can absolve himself from this mess. It's interesting that the year Mr. Djibril Kanazoe, the Burkinabe contractor, gave a Ford Expedition to the President was the very year he won the Jericho wall contract.

President Mahama has breached his own code of ethics which states that gifts that are to be accepted without any conditions should not exceed 200 cedis or 50 dollars. The said vehicle is within the range of 100,000 dollars.

We are of the same opinion of Mr. Daniel Batidam, the Advisor on Governance at the Office of the President who in answering a hypothetical question on this issue said that the President should have known better and that any responsible leader would not need to be advised on that.

The advice the president would certainly need from Mr. Batidam is that he, the president, should honour the words of his oath and resign.