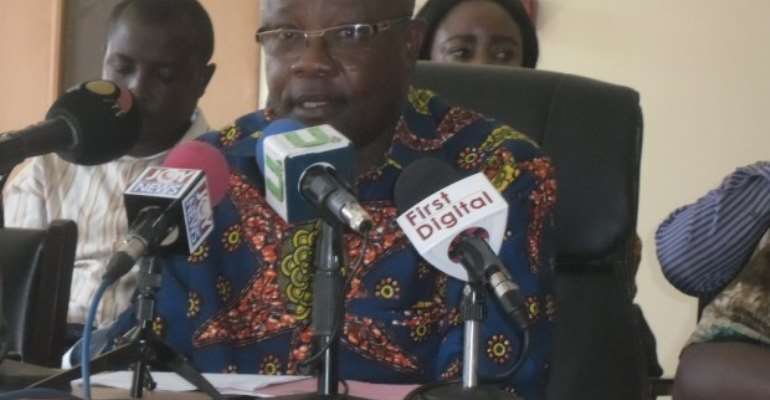 The Ghana Union of Traders Association (GUTA) has raised concerns about the 3% Flat Vat Rate system which they say is brooding confusion between the association members and the Ghana Revenue Authority.

Under the Vat Flat Rate Scheme, retailers with annual turnovers of between GH¢100 million and GH¢1.2 billion are expected to pay three per cent of their turnovers as Value Added Tax (VAT).

The 3% flat vat rate which became 17.5% was reverted by government due to GUTA's insistent calls to shed off some tax load on industry players.

Executive Member of GUTA, Benjamin Yeboah insists the Finance Ministry must be vigilant and look into the matter to settle the emanating misunderstanding.

“We are in a committee now with the finance ministry with the GRA inclusive, looking at other grievances that we raised including this VAT issue. As Executive Members of the association, we will make recommendations as to how we want it done,” he noted.

He further explained that, “With the flat vat rate, we actually sat down with the VAT service at that time to negotiate and we arrived at that (three) percent. That was what happened and members had been filing this all this while without any problem so this developing situation is alarming and surprising.”

Benjamin Yeboah further stated there has been a lot of misunderstanding and in some cases, majority of the group's members have had to leave without making payment.

This he attributed to GRA's failure to communicate this information to its staff at the Authorities various pay points.

“If you sit down with someone to come out with something that will be easier for those who are the main players, and then the next time you decide to go otherwise without consulting the very stakeholders during implementation, you are going to have problems and that is the problems we are facing now,” Mr Yeboah further observed.

He however urged authorities and the Commissioner at GRA to do well to communicate with its staff and solve the issue immediately.