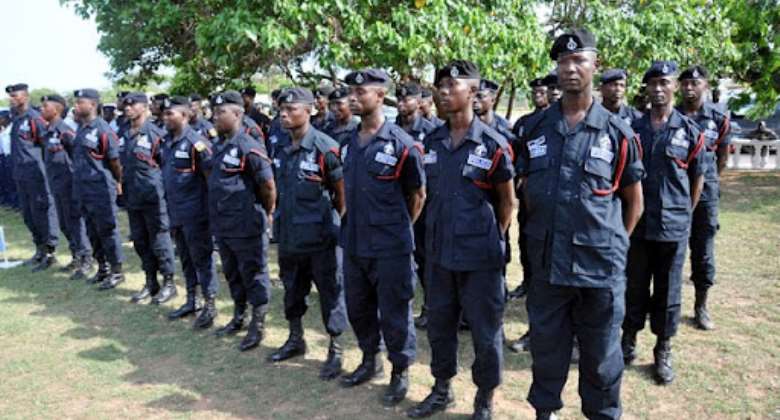 A reverend minister and his daughter have been arrested by the Keta Police Command as accomplices in a recruitment scam in which some 290 people in the Keta and Ketu South Municipalities of the Volta Region have been swindled.

A Headteacher at Keta Zion Basic School, one Mr. Elias, was arrested last week for allegedly extorting over GHc300, 000 from prospective recruits with the promise of securing them non-existent jobs in the country’s security services.

Mr. Elias upon interrogations revealed he and one other person were contracted by a high ranking official of the Ghana Arm Forces to assist in recruiting the youth in the area.

The Keta Police Commander, Supt. Jonathan Quaye, said further probing was carried out leading to the arrest of the other accomplices Rev Andrews Tetteh, a reverend minister at the AME Zion Church in Amutsinu; a community between Keta and Denu together with his daughter Lucy Tetteh.

Lucy was said to have introduced her suitor; one Dr. Edem Tamakloe, who claimed to be an employee of the 37 Military Hospital to his father.

Her suitor later told her and and the father  of some job placements in the military, and that his Uncle in the military can be a conduit for them to recruit some youth in the area.

The two along with the earlier suspect are still in police custody aiding further investigations.

Meanwhile the Keta Police Commander has warned the general public to be wary of criminals recruiting people and report them to the appropriate authorities.

“The police urges members of the general public to seriously cooperate to clamp down such miscreants.

NDC’s record in galamsey menace horrible; their criticism of...
1 hour ago

Akufo-Addo isn't prepared to end galamsey; his words are jus...
2 hours ago