Hospitals can be infectious 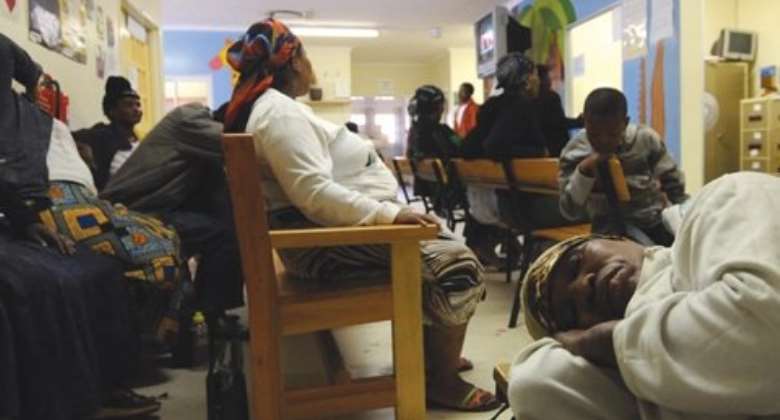 A GNA feature
Accra, May 20, GNA - Normally when one feels discomfort in any part of his or her body, the first place to think about is a health facility.

It is supposed that when patients see the experts the right drugs would be prescribed to them to make them feel better.

It is however ironic to know that the hospital could sometimes either aggravate ailments or lead to the contraction of different kinds of illness.

This spectacle could be referred to as Hospital Acquired Infection [HAI] or Nosocomial infection.

HAI are fundamentally infections that occur at the hospital. According to Wikipedia: 'It is an infection that is contracted from the environment or staff of a healthcare facility.'

It could be spread in the hospital environment, nursing home environment, rehabilitation facility, clinic or a clinical setting.

Some of the common examples of HAI's are pneumonia, urinary tract infections, blood stream infections, and surgical site infections.

These infections are fundamentally caused by microbes such as Legionella, Mycobacterium, Rubeola and Varicella, which happen to be invisible and dangerous.

The mode of transmission of these organisms could be categorised into two namely: Human to Human Transmission and Transmission by the Surroundings.

Human to Human transmission could be classified into three Instances.

Droplets such as vomit, sweat, and mucus from sneezing could contain micro-organisms, which are dangerous and transferable.

The microbes found in these droplets infect patients at the hospital when they are exposed to the droplets.

A lot of microbes could be found in the air and these unseen microbes could stay in the air for a very long time. This mode of transmission occurs when a patient is introduced to the air that contains these infectious organisms.

Organisms find their way in the air through coughing, spitting and talking by infected agents.

Equipment found at the hospitals could be a prone medium for microbes to flourish; these microbes locate themselves on equipment surfaces and parts such as beds, bed sheet, syringes and chairs.

A vulnerable patient may be exposed in the process by having contact with equipment, which has the microbes.

The hospitals would always remain the safest place to run to for treatment when sick, even though it has become clear that the facility could even cause other hazardous infections.

These infections could be treated and prevented if measures are put in place to curb the situation.

Ghana is recognised as a middle class country and statistics show that there is a high rising poverty and inadequate amenities such as hospitals.

This results in a high prevalence of nosocomial infections since factors as overcrowding at the hospital could be a contributing factor.

Hospital Acquired Infections could be prevented if proper tactics and procedures are used at the hospital. Examples of processes which could be initiated are Isolation, Sterilization, Hand washing or the use of alcohol base gels and education could be a very useful way of reducing the occurrences of these infections.

Kojo A. Sarkodie, a pastor at Dzorwulu said in an interview that developed a HAI at a private clinic in Accra.

According to him, he visited a dentist to have his teeth cleaned since it was a habitual thing he does every six months.

He said after two weeks he decided to have a general check-up and his results confirmed that he had hepatitis B.

Mr Sarkodie said: 'I didn't understand the results so I asked my wife to also do the test and the result came as negative, so I made thorough investigations and discovered that I had contracted the disease at the dental clinic from the dentist's equipment.'

There is the need for the employment of isolation securities designed to prevent the transmission of micro-organisms found in the hospitals and health facilities.

It is imperative for one to note that agent and host transmission are difficult to regulate so interrupting the transfer of microbes could be very effective, for example putting patients with infected wounds in special rooms and also segregating infectious patients in special hospitals.

There is the essence for sterilisation, which kills micro-organisms that are found on equipment and surfaces through acquaintance to chemicals, ionising radiation, dry heat, or steam under pressure.

Hand washing or use of alcohol base gels is also vital.

In 2005, the WHO launched the GLOBAL Safety Patient Challenge to help curb nosocomial infections. It was revealed that about 40 per cent cases of HAI's are connected with health care workers' hand contamination, so the only way to cut down the numbers of this occurrences is for workers to conduct correct hand- hygiene procedures.

In addition, it was discovered that there are two categories of micro-organisms present in the hands: transient flora and resident flora.

The first is characterised by micro-organisms that people pick from the environment, which is a bacteria capable of surviving on the human skin and alcohol based gels are very effective on these types.

Hand washing could be said to be the single most effective way of preventing the transmitting of skin micro-organisms from one patient to another or one site to another.

In an interview with the Ghana News Agency, Dr Joshua Amegbor a Senior specialist at the 37 Military Hospital disclosed that, nosocomial infections are very rampant and some examples are UTI (Urinary Tract Infection) and Pneumonia.

He said facilities are not enough to practice exclusive isolation and that makes HAI's very possible in the hospital.

Dr Amegbor said the public must be educated about nosocomial infections to help create awareness.

He also suggested the need for people to have good balanced diets, which lead to competent immune system that sometimes prevent a patient from contracting nosocomial infections.

He said it is very imperative for Ghanaians to be aware of the fact that, the hospital is relatively a clean environment but there are thousands of people who visit with various kinds of sicknesses.

This makes it possible for patients to also pick up these infections.

More from Opinion
ModernGhana Links
Ga Traditional Council/Council of Zongo Chiefs: Who Is the Legitimate Accra Zabarma Chief?
NDC ought to stop the galamsey politics now
We should rather be 'obedient' to Tinubu
TOP STORIES

Arrest, prosecute galamsey kingpins irrespective of their s...
22 minutes ago

Ablakwa questions whereabouts of chief perpetrator of Bulgar...
22 minutes ago