ROPAA, An Open Letter To All Ghanaians Living Outside Ghana 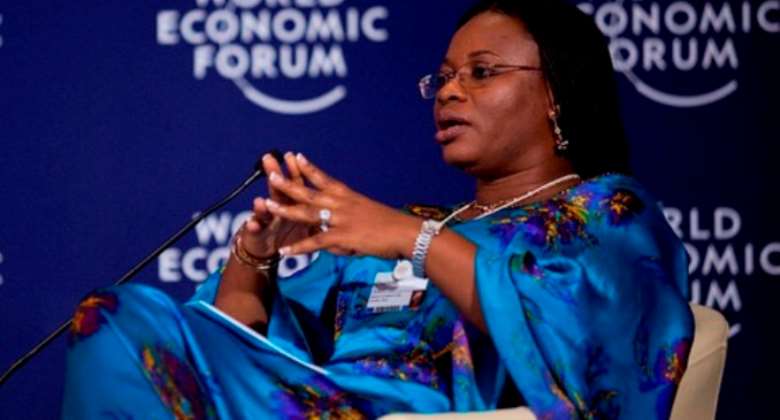 One of the major injunctions against colonial rule was, “Taxation without representation.” The catch phrase became one of the battle cries for the pro-independence movement. Life changing legislations were being passed for millions of Africa’s citizens on the banks of the Thames and Seine Rivers with no consideration whatsoever for the people that were affected by those legislations. Many liberals and lovers of freedom on the continent and elsewhere began to breathe a sigh of relief with the first wave of independence, starting with Ghana’s in March 1957.

But the optimism of the people was soon to be shown to have been misplaced because it did not take five years for the governments of many of the newly independent countries of Africa to begin to enact legislations that effectively disenfranchised their citizens, the very crimes the agitators for independence had accused the colonial masters of. Nearly sixty years on, millions of the citizens of many of the countries of the continent are still one way or the other, denied free and fair choice of their leaders.

The ‘new taxation without representation’

According to the World Bank, in 2013, the latest year for which there are official figures, the average personal remittances made by Ghanaians living outside the country over a four-year period amounted to $4.4 billion. Over the same period, the Bank reported inflows into Ghana of Foreign Direct Investment at $3.1 billion, Aid of $1.7 billion, trade inflows from cocoa of $1.2 billion, and oil of $3billion. The $$4.4 billion is a very conservative figure because it does not include the hundreds of millions that were carried in physical cash in brown envelopes, by trusted friends and acquaintances who travelled to Ghana daily from various parts of the world.

For instance, whenever I travel to Ghana, I become a mobile bank, carrying remittances in all sorts of currencies, for friends and acquaintances. Even though such monies get infused into the system, they are never captured in official records like the World Bank ones cited above. However, what is significant about the World Bank figures is that Ghanaians in the “diaspora” contribute more to the national economy than our national mainstay of cocoa and the new found ‘saviour’ oil, put together.

In one of those typically comical African cases, millions of Ghanaians living outside Ghana have been effectively disenfranchised because some of the leaders of the Fourth Republic who have been scared of their own shadows, have ensured that the national vote is not extended to those who are most likely to vote according to their conscience and on issues rather than unthinkingly voting for candidates because “he is handsome”, “he is one of our own”, “she is a child of the land”, and many such childish reasons.

The reason this disenfranchisement has continued for more than two decades is that Ghana’s 1992 Constitution was tailor-made for just one purpose; to crown one individual as supreme lord of all he surveyed, perpetuate his rule for as long as possible and pave the way for family succession a la Cuba and North Korea!

The case for ROPAA
The original Fourth Republican Constitution did not even acknowledge the hundreds of thousands of Ghanaians that lived outside the borders of the country. A later amendment gave the vote to Ghanaian security personnel serving on peace keeping missions abroad, those who worked for international organisations and particularly, those who served in Ghana’s foreign missions, people whose attitude to foreign visitors and Ghanaian and work ethics are a source of embarrassment to the nation Ghana.

It was for the purpose of righting this wrong that some Ghanaians fought for “The Representation of the Peoples’ Amendment Act (ROPAA)” which was meant to give voting rights to Ghanaians living outside the country.

Since the passage of this law in 2007, the Electoral Commission of Ghana has persistently found excuses not to implement it. The Commission’s latest infuriatingly puerile excuse is “logistic difficulties” in overseeing voting by Ghanaians in various parts of the world. What arrant nonsense!

Politics is the art of the possible. Politicians are elected to solve problems and to try to make the lives of the people they rule comfortable and bearable. It is not about politicians periodically going round making sugar coated promises they know they cannot fulfil. It is not about just looting national coffers and sharing with family and cronies.

My neighbours from East and Central Africa, countries whose level of political development should ordinarily fall far below that of Ghana’s, do not even have to register to vote in national elections and referenda. They simply walk to the embassy, high commission or consulate on election day with their national identity cards or passports, as the case may be, and vote. There not even party representatives at voting stations, just one or two embassy officials with a single unarmed security man with distant interest in the proceedings.

Ghanaians in the ‘diaspora’ are civilised enough not to disrupt voting procedures in foreign lands, except for the fact that our foreign missions are all filled with political appointees, mostly stranded party men and women or ne’er do well relatives of party officials and “grassroots fan-fools.”

Time to act
Fellow “Diasporas,” the time has come to act. The Electoral Commission will not give us the vote. The current government of the National Democratic Congress will not do it in 2016 or ever. Remember they actually opposed the passage of the law. They have been in power for more than seven and a half years and have so far demonstrated by their actions and inactions that they will never give us the vote without action on our part. The courts in Ghana will not do it either, at least not in 2016.

The only option open to us now is to use our collective leverage over our folks in Ghana to kick out the present government and give whichever one succeeds it up to six months to make the Electoral Commission enforce the law! We pay their children’s school fees, we maintain the family homes, we pay their medical bills, and our remittances keep large sections of our friends and relations afloat in these harsh economic times. We can lean on them to vote the way we would, on the issues, if we had the vote. We need to use the social media, family reunions, “conditional” remittances, etc., to get our relatives and dependants to make our feelings known.

If the next government does not implement ROPAA, we shall have a go at it as well in four years. In other words, we have to make every leader of Ghana a “one-term” president until we have the right as Ghanaians, to participate in the selection of the people who rule or misrule us. We cannot continue to pay the piper and have no input into what tunes he plays.

I rest my case, for now.