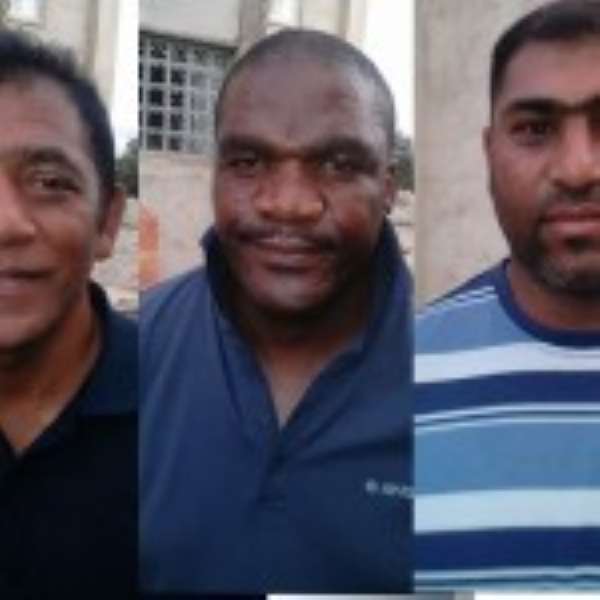 New Patriotic Party (NPP) Member of Parliament for Abuakwa South, Samuel Atta Akyea, has described as shameful the deportation of the three South African ex-police officers, who were detained for unlawfully training the security personnel of the NPP Presidential Candidate, Nana Akufo Addo and his running mate, Dr. Mahamadu Bawumia.

Some communicators of the NDC have repeatedly suggested there was incriminating evidence that the three were mercenaries the NPP had hired to cause trouble in the November polls.

Samuel Atta Akyea, a member of the legal team that represented the three South Africans, says their deportation clearly shows that the BNI has no case against the three.

“This is a disgrace to us as Ghanaians; it's shameful that we can't continue something we started.

How can you have people you claim to be criminals and yet you can't prosecute them. This whole thing is propaganda and a hoax. This is a shame to government and Ghanaians will know that this was just politics and nothing more.”

Bail The three were granted bail on March 24, 2016, but officials of the BNI whisked the three away amidst protest from their lawyers, who viewed the act as an abuse of their rights.

They were each granted a GhȻ20,000 bail with one surety when they were arraigned at the Accra Circuit Court on March 24. Lawyers for the accused persons raised issues with their continuous detention.

He was re-arrested on Thursday after charges were dropped against him. He reportedly fell sick in BNI custody and was taken to the 37 Military Hospital for medical attention. He was released on Monday March 28th on health grounds.

Bribe payment for public services, others in Ghana worsening...
2 minutes ago

Don't haggle because no one from Western Region is part of A...
46 minutes ago