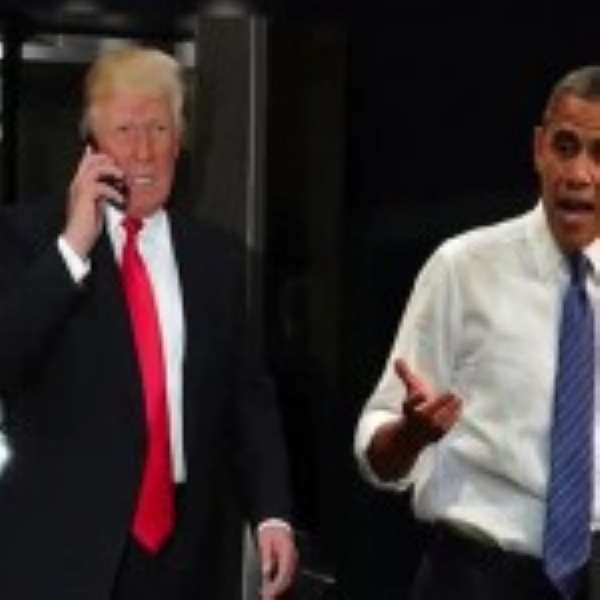 Well, sort of.
While it’s quite a headline, there’s a back story.

The Mexican tradition is similar to the “burning of Judas,” in which Christians burn effigies of Judas around Easter.

Mexicans, instead, burn cardboard effigies of the devil, politicians and people they generally don’t like.

Trump, the front-runner for the Republican presidential nomination, was a predictable choice. When he declared his presidential campaign, he called Mexicans emigrating to the United States “criminals” and “rapists.”

He’s vowed to make Mexico pay for a wall on the U.S.-Mexican border, which has drawn the ire of many Mexicans.

Ex-Mexican president Fox: ‘I’m not going to pay for that f***ing wall’

There was also an effigy of Joaquin “El Chapo” Guzman, the notorious leader of the Sinaloa drug cartel who escaped from prison and was recaptured in January.

A symbol of abhorred extremist group ISIS also got thrown into the embers.

But why did Obama’s effigy make the cut?
Could it be becaus e U.S. deportation of undocumented immigrants reached a record-high in 2013?

The President has been under fire for record immigration raids and deportations during his administration .