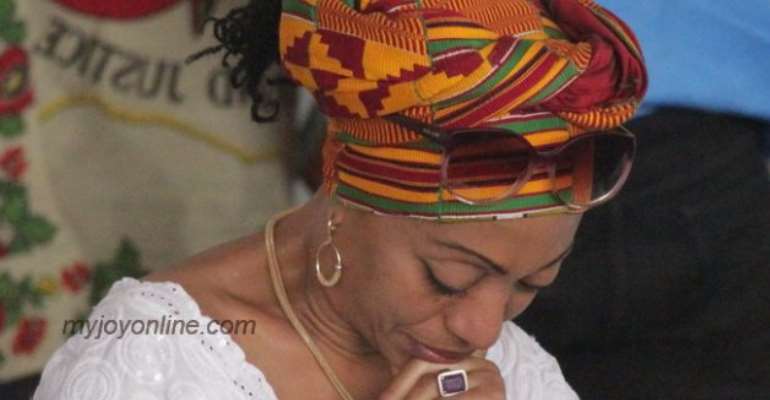 Defeated CPP presidential aspirant Samia Nkrumah has expressed her interest in taking back the Jomoro seat which she lost to the NDC in 2012.

Samia Nkrumah told Joy News Saturday, she "is absolutely interested" in the Jomoro seat as she explores ways to help the party in the wake of her defeat to Ivor Greenstreet in the presidential primaries in Accra.

Samia Nkrumah was handed a defeat believed to be unexpected when she polled only 579 votes in Saturday's vote. Former General Secretary Mr Ivor Greenstreet won with 1, 288 votes, representing 64.2% of the valid votes cast.

Watch video of CPP congress
The daughter of Ghana’s first president Kwame Nkrumah is now mulling a return to Jomoro where she began her political career in 2008.

Samia beat the National Democratic Congress MP, Lee Ocran with a majority of 6,571, winning about 50% of the total valid votes cast.

But after serving one term as MP, samia Yaaba Nkrumah in December 2012 lost her seat to the NDC contestant, Wing Commander Francis Anaman, a retired Officer of the Ghana Airforce.

Her defeat meant the CPP had no representation in parliament until a by-election in May 2013 threw a lifeline opportunity to the CPP to re-enter parliament.

Census: People suspect us to be armed robbers, some attack u...
44 minutes ago