Do We Have A Government In This Country? Part I 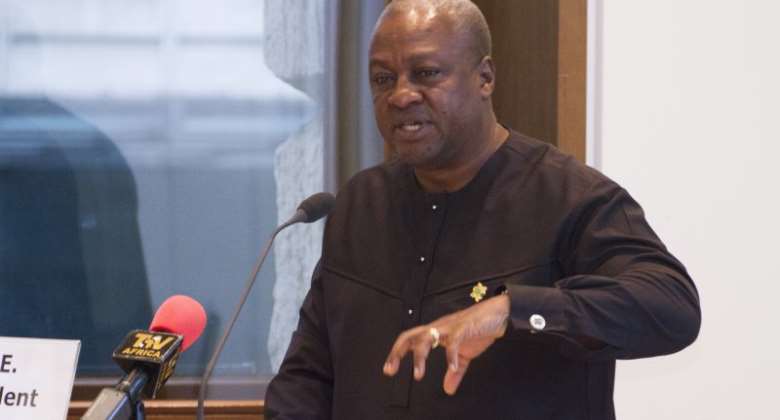 Ghana has lived through some hard times for the better period of its ironic independence, but nothing as difficult and painful as the era of the NDC administrations of 2009-2016, especially the years spent under the auspices of President John Dramani Mahama. The problem has always been with irascible characters who have manned the arms of the State, marketing themselves from their positions of authority as self-styled business people. And that’s what it really is all about, enriching themselves at the expense of the poor citizens; those very people who sweat to fill the cups of the few that drink in indulgence ever untold.

Ghana today, under the John Mahama-led administration, has slipped into lawlessness. Renegade politicians who for a cedi or two have sold their conscience make unguarded statements in total fallacy. The utterances are nothing but surly distractions to cast people’s attention away from government scandals to petty issues best left buried in the dust. The Vice-President, Mr Amissah-Arthur, once-upon-a-time decided to wake up from his stupor to announce to the nation that the national currency, the Ghana Cedi, would be devalued. That of course did not happen. When concerns were raised, the Bank of Ghana came to his defence denying that he ever said that. In any case, the currency continues on its enigmatic trip downwards into the dreaded abyss.

Sham ministerial reshuffles are visible signs of lawlessness, and in Ghana one such move was recently made by a few hoodlums in authority. They used their vested powers to bamboozle the public just to sway attention from the scandalous blunder that President John Mahama made in the infamous case of the Guantanamo ex-detainees he imported into our midst. The worst part is that there are three more such visitors to come. The fake re-shuffle was subsequently denied, after the short-lived ripples it made in the media. It is quite too fantastic to believe that the President did not have a hand in it. How come it happened while he was away from the homeland? Could he have planned and given his subordinates instructions to implement it?

The President is no stranger to “April fool” style of promises that are broken just as soon as Ghanaians settle down with a bit of hope that they infer from those lies. So if the President can lie in this manner, then the cohorts do not find anything wrong with their own lies. After all, who answers what to whom? The government hikes up the cost of utilities and fuel in outrageous quantum leaps, imposes on the citizens back-breaking taxes, and applies sham laws, but people are not allowed to adjust their formulae.

John Mahama’s government has thus far committed every wrong in the book, and is fighting civil society in a bid to silence the lambs. GPRTU (Ghana Public Roads and Transport Union) is under immense pressure not to increase transportation fares, which must go up in commensurate measures. All that is in a belligerent move by our rulers to avoid the negative end results of their incompetence.

Yet goods on the market are overly priced, and the authorities have turned a blind eye and a deaf ear to the economic atrocities. Is it because these self-styled business people (persons in offices of authority) import their own goods and want to make a scoop selling them? Sachet water is now officially 30 pesewas beginning the 1st of February 2016, but this life-sustaining commodity is currently selling at 40 pesewas in some parts of the country. No one is saying anything because, maybe, a Minister’s wife has a water packaging factory or a cohort somewhere is involved in the same business which profits someone at the Presidency shares in.

Recently, there was word that one million and four hundred thousand US Dollars ($1.4 million) worth of expired condoms were imported by the government via a sole sourcing mode of contracting a hypocrite prodigal child of the NDC presidency. Yet the cocoa processing company has shut down due to bankruptcy rendering in its wake over eleven thousand employees redundant. Is there a government in Ghana? Hello, is anyone listening?

Arise for change my people. Let’s get rid of John Mahama and his cronies. Let’s give Nana Akufo-Addo our votes. The NDC has subjected us to nothing but pain and suffering. Let’s all ARISE, ARISE, ARISE! Let’s arise for change, brothers and sisters.

I won’t be an impediment to free, fair and transparent elect...
27 minutes ago