By Ghana I Luv FM I Prince Appiah
Business & Finance 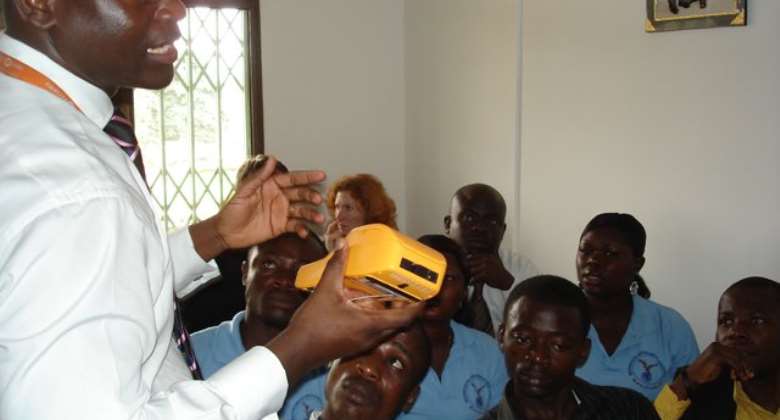 The Ghana Association of Microfinance Companies is calling for a clear-cut policy to drive the direction of the industry.

Over 100 microfinance companies folded up in 2015 alone due to mismanagement of funds and weak supervision from regulators.

Bank of Ghana has recently been getting tough on these institutions by increasing the capital requirements and closing down defaulters.

It is also seeking powers to effectively regulate the sector.

Chairman of the micro finance association, Collins Amponsah-Mensah tells Luv FM in an interview on Friday available regulations are inadequate to sanitize the system.

Rather, he wants these institutions strengthened to deal with shocks and challenges.

“What I think we need to do, as a country, is not just to look at regulations but look at how we can strengthen these institutions”. He suggested.

Most of these microfinance institutions were started by local entrepreneurs.

Mr. Amponsah-Mensah maintains that gradually a lot of them are going through challenges because “it is like you have started something so take care of it; truth is, no help is coming from anywhere”.

“As a country, let’s define where we want to take microfinance to, have a clear- cut policy. Can’t we pick the best, may be, 100 microfinance institutions in the country and give them a subsidized funding of, at least, a million each or two”. He quizzed.

This, according to him, could serve as preference share invested in the said institution to work with it for a stated period.

Mr. Amponsah-Mensah believes this will result in building over 200 microfinance strong institutions in the country.

He is of the view ‘maligning’ the sub-sector instead of integrating it into Ghana’s financial sector is not the way to go.

Despite the tough times endured by microfinance companies, Mr. Amponsah-Mensah is hopeful 2016 would bring good fortunes to the industry.

The traditional banking system, in practice, has not created the opportunity for those below the business pyramid also known as unbanked (petty traders, artisans-those who earn very little) for financial services.

Meanwhile, the association says it is engaging the Bank of Ghana and microfinance firms whose licenses have been revoked on ways to pay depositors’ funds.

The arrangement, according to the association’s leadership, will ensure funds of depositors are protected.

Officials say such companies would have to open for client to enquire on how to get their investments retrieved.

“It doesn’t mean that once it was published, close your office. No. There have been discussions and plans as to how things are going to be done”. Mr. Amponsah-Mensah intimated.

Take bold decisions to turn things around, not just talks – ...
8 minutes ago

'You do nothing while Ofori-Atta makes a fortune of our loan...
53 minutes ago