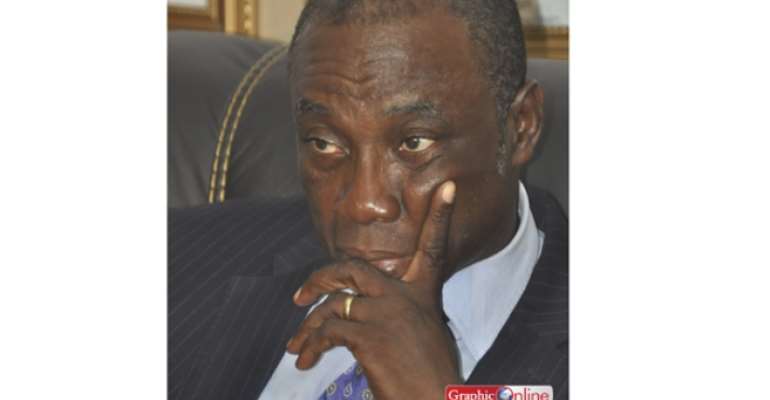 It has emerged that the contract awarded Engineers & Planners to undertake some civil works at Aboadze to prepare a platform to receive the AMERI power generating units and other ancillary equipment was not done through competitive bidding.

It was awarded on sole sourcing basis.The Minister of Power, Dr Kwabena Donkor made this known when he met members of the pressure group, OccupyGhana on Thursday.

OccupyGhana had raised queries with the AMERI deal and insisted that despite the responses in a press statement by the Sector Minister, there appeared to be more questions that begged for answers.

Acting as the one who executed the Agreement and obtained parliamentary approval for it, Dr Donkor upon receipt of OccupyGhana's letter called for the meeting.

Under clause four of the Agreement, Ghana was to provide an acceptable site for the installation and operation of the equipment.

According to Dr Donkor with the exception of Engineers & Planners, no other contractor was prepared to accept to do the work without the payment of mobilization.

Asked who those other contractors were, the Minister said he could not readily recall and give answers at the meeting and that he would have to cross-check and get back to the group.

'VRA at the appropriate time can tell, because we assigned that to them, that they should get contractors. It came up that a number of them [contractors] were asking for mobilization which is the norm in the construction industry, we didn't have money to pay for mobilization as quickly as they would wanted. And they said they [VRA] have been able to speak to Engineers & Planners who reluctantly have accepted that in lieu of the national situation, they would do on condition that we promise to pay when their certificates are raised expeditiously.'

Listen to the Power Minister's explanation in the audio attached below

Under the contract VRA had the responsibility of giving AMERI a prepared site. According to Dr Donkor the site at Aboadze was a very swampy place and hence VRA had to contract somebody to prepare the site, a contractor who would have access to rocks.

'We looked for contractors already working in the Western region and they wouldn't touch it until we paid for mobilization… We approached three, four contractors… E& P was the only one who reluctantly was ready to start work without mobilization…We still owe them for the work.'

Asked further how much it cost to prepare the grounds, the Power Minister said at the appropriate time, he would get back to the people of Ghana with that information.

'I'll make that information known to the people of Ghana either through a press statement or whatever means…OccupyGhana can glean from it,' he said.

The Power Minister explained the preparation of the grounds was different from the other civil works which AMERI themselves were to undertake, and that the grounds preparation involved removing the swampy material and filling it with rocks to harden the surface before putting concrete on it.

Engineers & Planners in a press statement early on had explained that it was contracted because it had the capacity to do the kind of work the VRA required at the site to be able to receive the power generating units and other ancillary equipment for the AMERI 250MW Power Project.

E&P has since finished its work as specified and has handed over the completed platform to VRA.

Last week a Norwegian newspaper, Verdens Gang (VG) published an article that suggested that Ghana's $510 million deal with the Ameri Group LLC for the supply of gas plants towards solving the protracted energy crisis was shrouded with mystery.

According to the newspaper, the man who signed the deal on behalf of Ameri as a witness, Umar Farooq Zahoor was a Pakistani Norwegian man from Oslo, who was wanted for fraud and organised crime and yet Ghana went ahead to sign a deal with him as a witness.

The newspaper's publication suggested that Ghana could have purchased the gas plants at about $220 million with an outright purchase and wondered why the country offered to pay $290 million more than the standard price on a build, own, operate and transfer (BOOT) agreement.

Government in a response explained that the thrust of the newspaper's publication that the Ministry of Power, entered into an arrangement with a company with dubious background with an inflated contract sum was false and described the publication as misleading and gross misrepresentation of facts.

The opposition New Patriotic Party (NPP) raised issues that Engineers & Planners were awarded the contract for the ground preparation because of its Chief Executive's [Ibrahim Mahama] relationship with President John Mahama and called for a probe.