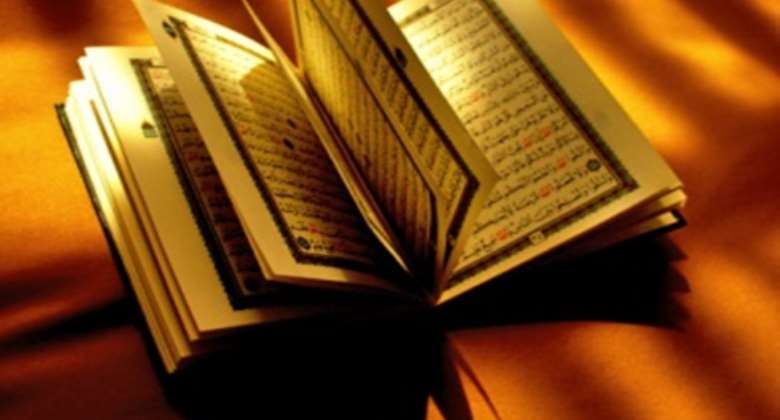 "The Qur'an presents creeds, gives moral instructions, enacts laws, draws lessons from historical events, administers warning, gives good tidings, admonishes the disbelievers, and invites people to Islam. Subjects are repeated in different ways, and one topic follows another without any apparent connection. Intermittently, a new topic emerges in the middle of another following no obvious structure."

--- Translation of the Qur'an(Introductory Comment) by Yusuf Ali, Third Edition 1998

Presence of sensory nerve in the skin
"Those who reject Our Signs, We(Allah)shall soon cast them into the fire; As often as their skins are roasted through, We shall change them for fresh skin, that they may taste the penalty (of fire); For Allah is Exalted in Power, Wise." --- Q-4:56

Analysis: This verse states that Allah will replace the skin of the inmates of Hell so that they may taste the penalty of Fire again and again. In other words, this verse explains that the feeling or sensation of pain is localized to the skin. Human anatomists have now shown that sensory receptors of pain are located in the skin. Consequently, partial skin burns are very painful as the receptors in deep skin are still intact. On the other hand, complete skins burns are painless as this destroys the receptor nerves as well.

The skin, with its vast network of sensitive fibers spread over the body's surface is equally fascinating. The moment a hot object comes in contact with our skin, or even comes close to it, about thirty thousand hot cells feel it, and instantly report it to the brain. Similarly, there are 250,000 "cord cells" within our skin which crowd the brain with messages as soon as contact is made with a cold object. The body then begins to shiver and veins in the skin become dilated in order to make up for the loss of warmth in the body. When intense heat is "reported" to the brain, three million perspiratory glands are activated to release the cool fluid we recognize as perspiration. The nervous system is divided into different parts, one of them being the autonomic branch, which deals with reflex functions that are performed within our body, such as digestion, respiration, heart beat and so on.

It is an evident miracle of the Qur'an that it describes such minute details of anatomy of skin, when it states; when it states: "As often as their skins are roasted through, We shall change them for fresh skin, that they may taste the penalty"

Professor TagatatTajasen, chairman of the department of Anatomy, Chaing Mai university in Thailand initially could not believe that the Qur'an mentioned this fact. He later verified the translation of this verse. He was impressed by the scientific accuracy of the Qur'an that at the eight Saudi Medical Conference held at Riad, Saudi Arabia, he embraced Islam in a public session.

Human Bone-A Marvel of Strength
"Then We(Allah) made the sperm into a clot of a congealed blood; then of that clot We made of (fetus) lumps; then We made out of that lump bones and clothed the bones with flesh: Then We developed out of it a different creature, so blessed be Allah, the Best to create." --- Q-23:12-17

Analysis: Apart from the above verse, Allah has mentioned "Bone" as his creation in several places in the Qur'an. Bone has been described as "an engineering masterpiece of tensile, compressive and elastic strength. "Why? The human skeleton consists of approximately 206 bones and 68 joints. The longest bone in the femur, or thighbone; the smallest is the stapes, a bone inside your ear. As skilled gymnasts clearly demonstrate, bones, muscles, cartilage, and joints can give a healthy body as astonishing degree of flexibility and a range of movement. "The thumb alone would convince anyone that the architect of our body (whoever that may be to each one of us) had to be genius!" says the National Space Biomedical Research Institute. Bones can also take an incredible pounding. "[They] are constructed in exactly the same way that reinforced concrete provides the tinsels strength, while the cement, sand, and rock provide the compressional strength. However, the compressional strength of bones is greater than that of even the best reinforced concrete. "We only wish we could mimic it " said Robert O. Ritchie, a professor of materials science at the University of California, Berkeley, U.S.A.

Unlike concrete, bone is an essential part of countless living organisms. And it is dynamic. It is able to repair itself, respond to hormones that affects its growth and development, and even play a key role in the manufacture of blood cells. Also, like muscles, it slowly grows stronger as the load on it increases. Hence, athletes have heavier bones than so-called couch potatoes. Examples of designs in nature often becomes a source for technological designs. An example is the spongy structure of the human bone furnished with small tendons, which inspired the famous Eiffel Tower in Paris. This structure is responsible for the strength, elasticity and lasteness of the bones. The same properties also exist in the Eiffel Tower, though not as effectively as in bones.

It is obvious that, Allah is the one who created bones as he mentioned above and in many verses of the Qur'an.

HusseiniYushauBabalWaiz, is the Research & Outreach Coordinator at the Center for Media & Peace Initiatives Inc. New York, Author of three books, including "Not good without God" & Tutor in Arabic & Islamic Studies in New York, [email protected]

References:
160 Mysteries & Miracles of the Qur'an, by Dr. MazharKazi.

Tell Me About the Creation, by HarunaYahya.
Awake magazine, January 2010.
The Mind & The Brain-Neuroplasticity & The Power of Mental Force,