Qur’anic Exegesis & Analysis Via The Lens Of Modern Science [Fifteenth Day Of Ramadan] {Qur’an, Process Of Fertilization By Wind&Production Of Oxygen By The Plants} 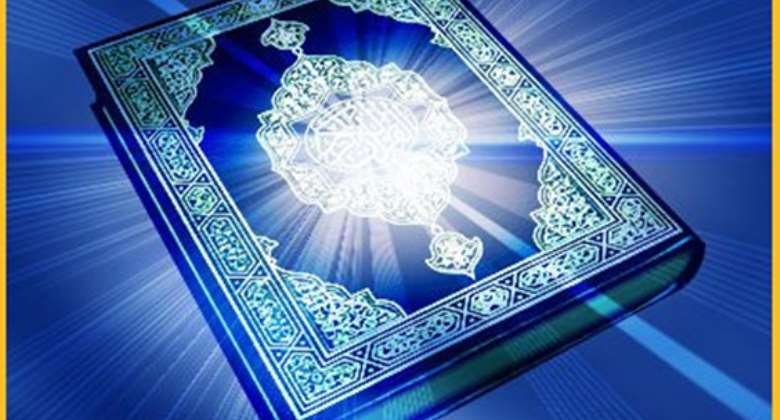 “The Qur’an is a book od guidance all a humanity, and Allah has promised that He will preserve it in its original pristine form until the Day of Judgment. The inimitable style of the Qur’an and the superior wisdom in it are definitive evidences that is the Word of God. Besides, the Qur’an has many miraculous verses proving that it is undoubtedly a revelation from God and not the work of a human.”

---- Yusuf Al-Hajj Ahmad, “The Unchallengeable Miracles of the Qur’an”.

Process of fertilization by wind
“It is We who send the fertilizing winds, then We sent down water from the sky, and then We give it to you to drink, you are not its guardians” --- Qur’an chapter 15:22

Analysis: Wind is one of the most effective means of spreading pollens, thereby causing fertilization in plants. This, again is one of the recent discoveries in botany. Allah, however, revealed this information in His book long before the modern-day botanies could discover it.

Production of oxygen by the plants
“He(Allah) has produced for you fire out of the green tree, from which you ignite.”--- Qur’an chapter

It was impossible for man to understand the process of combustion fourteen centuries ago. Centuries later, it was discovered that combustion occurs by the combination of oxygen with carbon in the burning substance. The Qur’an revealed this secret fourteen centuries ago. The sacred verse reveals the process of photosynthesis in the plant. The green substance in the plant is the chlorophyll. It is now known that the chlorophyll absorbs carbondioxide from the atmosphere and with the help of water transforms it into carbohydrate and in turn oxygen is released. In fact the green in the plant or chlorophyll is the main agent that produces and regulates the amount of oxygen in nature. Needless to say there can be no combustion without oxygen.

Carbohydrates produced by chlorophyll at the same time provide the basic carbon element that serves as the second ingredient for all combustion processes. This is exactly what this verse sates; The fire that you ignite arises from the green trees.

The preceding pages presented the verses of the Qur’an that deal with the mysteries of the animal and plant kingdom. These verses discussed such specific topics as: the origin of all forms of life from water, the existence of microscope forms of life, the existence of animals communities, the existence of opposite pair in all forms of life, the reproduction among animals by fertilization, the source of milk, the source of honey, the existence of gender in all plants, and the fertilization in plants by wind etc. The human mind for centuries could not fully comprehend these verses, and simply accepted them as the mysteries of the Qur’an. Recent advancements in science and technology have enabled mankind to explain them, further confirms the miraculous nature of the Qur’an. It is obvious that Muhammad (PBUH), who neither had the knowledge nor the means to discover these facts could not have put these verse in the Qur’an. Allah, the Almighty, the All-Knowing, and the All-Wise put such verses in the Qur’an so that men of knowledge and understanding may accept His Book as His Divine Message, as follows its commandments.

HusseiniYushauBabalWaiz, is the Research & Outreach Coordinator at the Center for Media & Peace Initiatives Inc. New York, Author of three books, including, “Paradise Under Mothers’ Feet”, "Not good without God" & “Islam Promotes Tolerance & Prohibits Terrorism”, and a tutor in Arabic & Islamic Studies in New York, [email protected]

References:
The Unchallengeable Miracles of the Qur’an, by Yusuf Al-Hajj Ahmad.

160 Miracles & Mysteries of the Qur’an, by Dr. MazharKazi

The tigers have been declawed, they're no longer dangerous –...
1 minute ago