Qur'anic Exegesis & Analysis Via The Lens Of Modern Science [Thirteenth Day of Ramadan] {Qur’an, The “returning sky”/The cycle of rain} 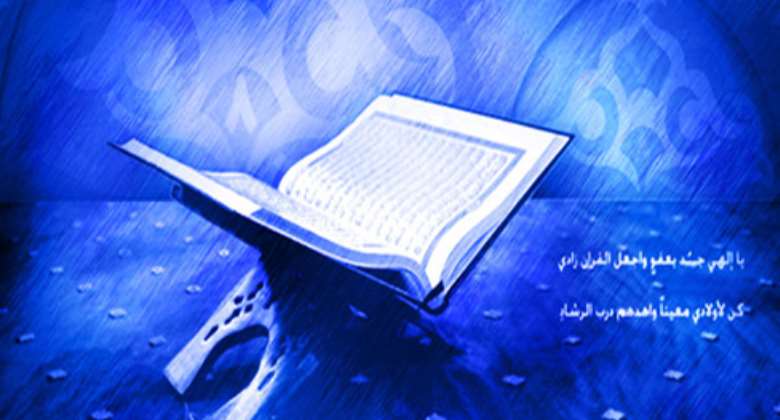 “The language, style, beauty and the ideas of the Qur’an are inimitable and miraculous. It contains amazing factors including the presence of correct scientific data, accurate predictions about future events, and a great variety of ideas and concepts”. ---- Dr. MazharKazi

Some Miracle of the Qur’an
As we indicated in the first part of this daily series, Miracle in Arabic language means, “Mu’ujizah”, “Mu’ujizah” could be inimitable or impossible. We should know that every Prophethoodand Messengership to his people. He must prove that he was sent by Allah Almighty, and the message he brought is not from himself or anybody but Allah Almighty. Islamic scholars have laid down certain conditions that must be met before one’s miracle is accepted that it is from Allah Almighty:

Parts of The Qur’an
The noble Qur’an consists of 114 chapters of unequal lengths. The longest chapter consists of 186 verses and the shortest consists of 3 verses. All the chapters begin with “BismillahirRahmanir Rahim”, or “In the Name of Allah, the Beneficent, the Merciful”, except for chapter 9, and each chapter has name.

The entire Qur’an is divided into 60 Hizband each Hizb is subdivided into quarters, half of Qur’anic text is also divided into seven parts of approximately equal length called Manazil.

According to many Qur’anic scholars, the total number of verses in the Qur’an is about 6666. Out of this number , there are 66 abrogated verse; 100 verses of supplication[du’a]; 500 (things); 1000 verses on examples and narratives; 1000 on things that are disallowed and 1000 on prohibitions; 1000 are verses of promise and hope; 1000 verses are on admonition and warning; and 1000 verses on commandments and directives.

The Qur’an is very specific in the use of the words. Often we do not appreciate a word unless we try to understand its significance and relate it to recent discoveries of science and technology. The above verse states that there is a “returning” or “cyclical” system in the heaven.

It is now well known that the atmosphere surrounding the earth consists of many layers. Each layer has its specific function of turning the material or rays back into the space, or back down to the earth following is a glimpse of this recycling or returning system of the atmosphere.

The layer of the atmosphere called the “troposphere” enables the water vapors to condense and turn back to earth.

The ozone layer at an altitude of 25 kilometers reflects back harmful radiation an UV rays back to the space.

The layer called “ionosphere” reflects radio waves broadcast from the earth back to different parts of the world.

The “magnetosphere”, layer turns the harmful radioactive particles emitted by the sun and other stars back into space.

This could be one of the reasons that the Qur’an is using this term “returning” or “recycling” sky. Only Allah, the Exalted knows the truth.

The cycle of rain
“By the heaven which gives the returning rain. And the earth which splits [with the rain], verily this Qur’an is the word that separates [the truth from falsehood]. And it is not a thing for amusement.”--- Qur’an chapter 86:11-12

In this verse, Allah revealed a significant fact which remained unknown to man until many centuries after the revelation of the Qur’an. This verse speaks of the “cycle of rain” that was totally unknown to Arab Bedouins. Now we know that surface and ocean water, by the heat of sun, evaporates, turns to the earth the water that rises to it in the form of an ever-recurring cycle. After stating this fact, the Qur’an invites mankind to ponder on this splitting of earth i.e. the creation of life as a result of rain. Qur’an then finally invites mankind to ponder at the accuracy and the wisdom of the Qur’an and that mankind should not take it as a mere amusement. Who besides Allah is capable of creating these powerful phenomena in the heavens?

References:
160 Mysteries & Miracles of the Qur'an, by Dr. MazharKazi.

Introduction to the History of the Glorious Qur’an, by Sheikh Mustapha Ibrahim