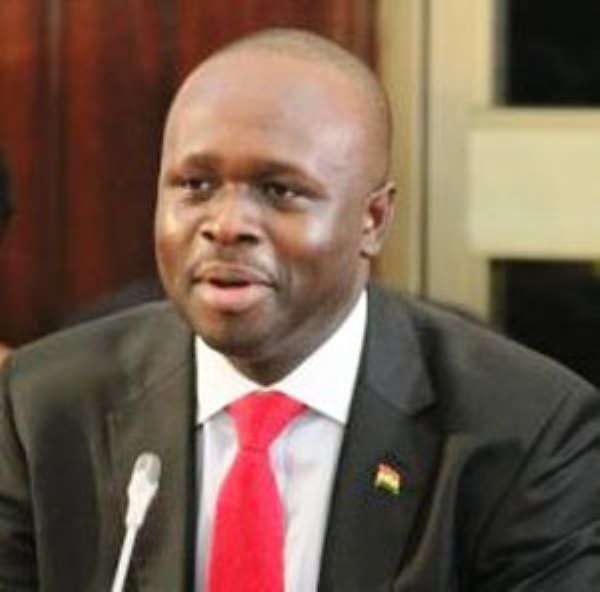 It was the most vacuous answer for a major cabinet appointee to give the country's main opposition leader. And, to be certain, I am becoming increasingly convinced that it is about time Dr. Omane-Boamah, the Mahama Communications Minister, got sent back to work in one of the rural health centers in the Okwawuman district. The young man is evidently too daft to be the government's chief spokesman. Then again, what I am thinking and talking about; after all, isn't the so-called National Democratic Congress (NDC) a government of irredeemable rascals and reprobates?

In his latest public statement on the acid-dousing assassination of the Upper-East's New Patriotic Party's Regional Chairman, Mr. Adams Mahama, Nana Akufo-Addo also, pertinently, highlighted the fact that several politically motivated murders have gone unresolved. It was, therefore, rather odd, if not downright risible, for President John Dramani Mahama to cavalierly promise to visit the full-heft and brunt of the law on the pates of the alleged assassins of Mr. Adams Mahama. The 2016 Presidential Candidate of the New Patriotic Party cited the ironically striking case of the gunning down, some six months ago, of the District Chief Executive Officer of the Nkwanta-South district of the Volta Region on which, to-date, the Mahama government has yet to provide any substantive details regarding the state and/or outcome of investigations.

And here also, it is significant to mention the fact that the slain Nkwanta-South DCE was personally appointed by President John Dramani Mahama; and he was a bona fide card-carrying member of the National Democratic Congress. And so, naturally, one would have expected the government to be regularly updating the nation as to where investigative findings on the case stand. Instead, we have Dr. Omane-Boamah foolishly and nonchalantly jiving about how if Nana Akufo-Addo were interested in the case, he would have contacted the Criminal Investigations Division (CID) of the Ghana Police Service.

There are a few interesting issues to observe here: First of all, it is the Interior Minister, Mr. Mark Woyongo, who ought to be addressing this issue and not the Communications Minister. This is because the entire national-security apparatus, including the Ghana Police Service, of course, falls squarely under the jurisdiction of the Interior Ministry. It is also unquestionably absurd to expect a government that has woefully failed to apprehend the killer or killers of one of his own key administrative appointees to presume to be up-to-date with bringing the alleged killers of Mr. Adams Mahama to book, the deceased's alleged naming of his assailants prior to his death notwithstanding. I mean, whatever became of the tired maxim of "Charity begins at home"?

Caught flatfooted and butt-naked, morally, by Nana Akufo-Addo, Dr. Omane-Boamah found himself to be with no other alternative than to make a complete ass of himself, by rudely directing Ghana's opposition leader to the Commissioner of Police in charge of the CID. But even more significantly, his childishly flippant cheekiness exposes Dr. Omane-Boamah for the veritable ministerial charlatan that he indisputably is. It also eerily vindicates Nana Akufo-Addo's assertion that the Mahama government, as well as all previous governments, has not done enough to resolve politically motivated acts of criminality in the country.