Many Of Our Politicians Are Called, But Few Are Chosen! 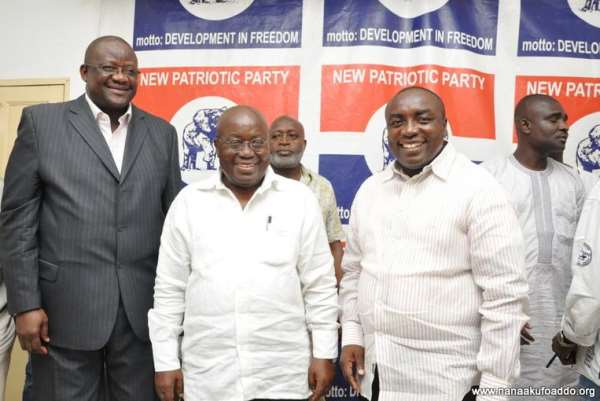 I have appropriated this famous expression that 'many are called, but few are chosen' and to put it within the context of our political system, many of our politicians are called but just a few of them are chosen to serve.

I looked up the meaning of arrogance in Webster's because of the amount of it that I see unfolding these days from our so-called politicians. How dare they make comments devoid of decorum, without due diligence to the very people who elected them into office? And they seem to be defending themselves against such arrogance?

It turns out I was right according to the definition of arrogance: 'an attitude of superiority manifested in an overbearing manner or in presumptuous claims or assumptions' (Merriam Webster Online Dictionary).

I then looked up the meaning of greed and was befuddled. If I were to tell you that many of our politicians: Members of Parliament (MPs), Ministers and their deputies, MDAs, DCEs, and all the bosses of our parastatal institutions, all of them, have trait of enormous personal benefit, I wonder if they really have the mantra of country first? Should we tag the descriptor 'greed' on them which is engrained to their personality so that it is difficult for them to change?

These departed politicians, to my mind, were really called to serve. A chartered accountant, he held numerous ministerial portfolios until his death. Late Mr. Baah Wiredu was a fine gentleman, an honest politician. The honesty about this perfect politician was revealed when a top party guru expressed shock when he visited the home of this patriot for the funeral celebration. The party guru allegedly expressed this in the Akan dialect: 'Koo Baahaden!?' Perhaps, the party guru had expected to see a sprawl of mansions other than Koo Baah's modest building that befitted his honest status. The late Mr. Baah Wiredu will be remembered for his in-depth honesty and humility.

Next is late President Dr. Hilla Liman, arguably deprived of the opportunity to fix Ghana. Before his passing, he lived a life not worthy of a former President, yet his honesty is there for politicians to emulate.

And now, the patriarch of peace, honesty and humility, the late Prof. Atta Mills. He had the unbridled opportunity to acquire wealth in his capacity as a consummate law professor, a commissioner of Internal Revenue Service (IRS), a Vice President and ultimately the President of the land. Yet, none of these positions afforded him the opportunity to abuse his office. He was a great politician and served with modesty and humility his country.

But the crop of politicians we have these days, put their personal interest first, before country. They see politics as a means to enrich rather than a call to service. It is therefore not surprising that we can observe our former colleagues, who went into politics and would within the dissolution of time, amass too much through fair or foul means that will make them become unnecessarily arrogant and greedy. It's about time these politicians step up to the table of honesty and humility.

The author has 64 publications published on Modern Ghana.