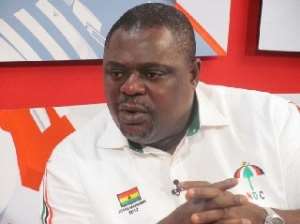 The New Patriotic Party (NPP)-led 'wongbo demonstration' continues to resonate across the country and among Ghanaians living abroad.

The success it has chalked came in various forms, one of which is the outdooring of a new look Koku Anyidoho, the Deputy General Secretary of the National Democratic Congress (NDC).

It has prompted, on the other hand, President Mahama to render his reaction from The Gambia where he was attending that country's independence anniversary when the demonstration took place.

Being an important protest march arguably the most massive post-independence demonstration his reaction bereft of vitriolic could not have been withheld any longer.

Both developments, especially the reaction of Koku Anyidoho, have left Power Minister Kwabena Donkor naked and in the cold.

Koku Anyidoho's intervention was a smart one and it disarmed those who sought to continue the fight against the insensitivity of the man whose failed resignation threat neither won him public sympathy nor respect.

Many who listened to Koku Anyidoho's admission that the country was in crisis for which reason those in-charge (the government) should apply finesse, as it were, in interfacing with the aggrieved, marvelled at the new posture of the one-time NDC firebrand. They could not fail to recall his 'Spio-Gabrah my foot' and 'cheap PhD' remarks. Time changes indeed and Koku has made a positive about-turn which is good for local politics. Just how sustainable this attribute would last would be seen in the coming days, even months.

Unfortunately, he is fighting a Herculean battle against the sharp-toothed youth whose political exuberance has blinded them from seeing the greater picture of managing political parties away from cheap propaganda.

While we wish him good luck in his efforts to let the structures in his party work, we can assure him that the Sam Georges would do all that they can to throw the spanners into the works.

As we pointed out earlier, it would be politically foolhardy to attempt brushing away the concerns of non-NDC supporters in the country, especially when they squirm. They make up half of the voting population or even more. Whosoever allows his political naivety to overshadow his sense of decency as to mock them when they demonstrate would be committing political suicide.

This is what Koku has appreciated and seeks to stop. The country is facing crisis which for a long time many in the NDC have pretended did not exist. It is this pretension which has denied the opportunity of finding solutions to the nagging crisis.

Turning to the president with many years of politics behind him, he (president) did not tread the path of the reckless Kwabena Adjeis, Sam Georges and Kofi Adams.

Like Koku, President John Mahama appreciates the importance of the concerns raised when he said the demonstration would encourage him to work harder towards seeking solution to the energy crisis. Many might take this with a pinch of salt, including us anyway. Be it as it may, it is a major departure from the garbage spewed by the others in reaction to a genuine concern.