Nigerian 2015 elections: Not about Jonathan or Buhari 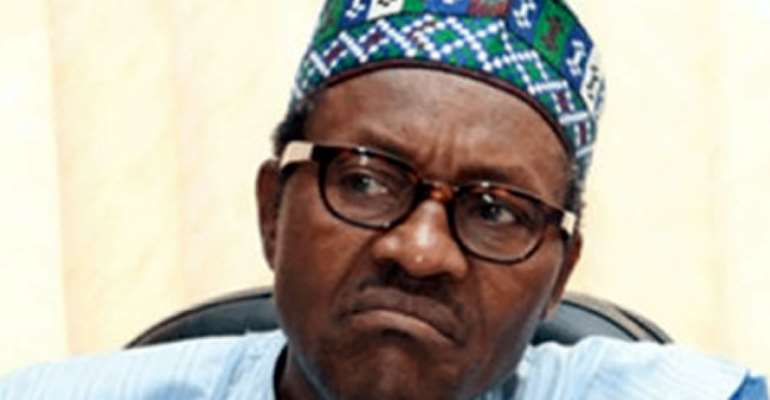 As Nigerians count down on the soon-to-be-held 2015 general elections in their country, it is important to note that the election is not all about Jonathan and his opponent, General Buhari or any of the other 20 Presidential contenders for that matter. It is about change for the better. It is about what most Nigerians have always yearned for. It is about enhancing the quality of life of the ordinary Nigerians who walk the streets of Nigerian cities and villages. It is also about stopping Boko Haram in its assault on Nigeria's sovereignty and enhancing security along the nation's borders with neighbouring countries.

I look at General Buhari's profile. And I look at Jonathan's score board. I find in both, some facts that are quite admirable. I also find some facts that could clearly stand in the way of any of the two becoming the next President. Today, I will deal with Buhari and leave Jonathan for another day.

Buhari was born on 17 December 1942. That means he will be 72 years and two months old at election time. In the past, he had already made three unsuccessful attempts (in 2003, 2007 and 2011) to be elected President. This month's election would be his 4th attempt in the last 12 years.

These unrelenting efforts at his age go a long way to clearly show how desperately determined he is to taste that position he once occupied as a military officer, again and again. I don't see that as a healthy development.

At 72, many Nigerians would have expected GMB to stay back in the village or in the city nearest his village to be consulted as an elder statesman by younger politicians who ought to be in the position to take their future, and by implication the future of the country, in their own hands. In fact, I have said it before. From the age of 65, every Nigerian who has served his country in one or more capacities as a public officer should be encouraged to settle for the private sector of the economy – build and manage a school, a hospital, a farm, something that can help employ two or more of the country's teeming population of young school leavers, and thus help in their own little way to diffuse the unemployment problems that continue to challenge the leaderships of the nation. It is not encouraging that at 72, Nigerians who have held public offices for more than twice in their lives should continue to vie for “opportunities” with the generations after them. It isn't just right.

There are lots of things GMB achieved when he was Head of State between 1983 and 1985 for which Nigerians are proud. His policy of “War Against Indiscipline”, for instance, won him great ovation from the nation and from the international community. His attempt to revamp the economy and his foreign policy stance also speak volumes about the man.

As Head of State, he started his reform of the economy by concentrating on rebuilding the nation's social and political systems along the lines of the austere economic conditions that gripped the nation at the point of his entry into the arena. That included removing or cutting back excesses in national expenditure, waging a total war on corruption within the nation's social and work ethics and shifting from mainly public sector employment to self-employment. By tightening importation, GMB encouraged an import substitution sort of industrialization which was based to a great extent on the use of local materials.

The ripple effect of his two years as Head of State can be summarized in his 7 May 1984 National Budget.

- A temporary ban on recruiting federal public sector workers
- Raising of interest rates
- Halting Capital Projects
- Prohibition of borrowing by State governments
- Cut of 15 percent from Shagari's 1983 Budget
- Realignment of import duties
- Reduction of balance of payment deficit by cutting imports
- Giving priority to the importation of raw materials and spare parts that were needed for agriculture and industry.

Other economic measures by GMB were the form of counter trade, currency change and price reduction of goods and services.

In terms of his foreign policy, GMB's military government had continued with the foreign policy it inherited from Shehu Shagari. He maintained and enhanced diplomatic relations with all the countries and international organizations his predecessor had endorsed, such as the AU, UN, OPEC, ECOWAS and the Commonwealth of Nations. He also honoured all treaty obligations entered into by previous governments. Due to his financial commitments, his foreign policy mainly focused on Africa, mostly Nigeria's neighbours.

Buhari served as the Chairman of the Petroleum Trust Fund, PTF, under General Sani Abacha. The PTF was funded from the revenue generated by the surplus in price of petroleum products and it was to engage in developmental projects within the country. A report in New African magazine in 1998 praised the PTF under Buhari for its transparency, defining MGB's feat in the establishment as a “rare success story”. However, the same report also noted that critics had questioned the PTF's allocation of 20% of its resources to the military. The critics feared that the military would not be accountable for the revenue.

On reflection, some Nigerians argue that GMB was able to achieve the feats he did when he was Head of State because he was in military uniform. They doubt if he has the capacity to perform as well in a democratic setup where bills have to go through debates in the legislature before Presidential accent, especially given his age and his rumoured health challenges. But how does that tally with his recorded achievements during his tenure at the PTF? If he could perform creditably as Chairman of the PTF, what could possibly deter him from doing well as the President of Nigeria?

As Nigerians vote on 14th, it is important that they put at the back of the minds the fact that this entire voting excercise is not all about Jonathan and GMB. It is all about the future of Nigeria and Nigerian youths.