Members of KMA up in arms against Minister 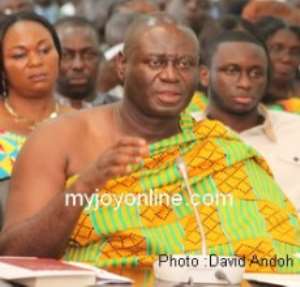 Members of the Kumasi Metropolitan Assembly (KMA) are up in arms against the Regional Minister, Samuel Sarpong over a decongestion exercise he undertook in the region.

The Minister is acting as Chief Executive of the KMA while the mayor, Kojo Bonsu takes a two-week leave.

But some assembly members have said the demolition exercise is a waste of the assembly's resources and an attempt by the minister to sabotage the KMA boss.

The Regional Minister had earlier indicated over the weekend that the military must demolish structures on pavements at Adum, Kejetia and its environs when he declared a three-day demolition exercise.

Speaking on behalf of the assembly, Safo Kantanka tells Joy News that “in our arrangement we agreed for a committee to be set up to undertake the exercise but this committee is not in place due the absence of the KMA boss [who is supposed to chair the committee] and that is why we are saying the minister is sabotaging him”.

According to him, the absence of city guards to ensure that the traders do not return to the streets, makes the exercise a failure,  as most of the traders have done exactly that.

He said the attitude of the regional minister was unacceptable and only goes to depict the KMA boss as not living up to his duties when indeed he was.