By Alliance For Food Sovereignty In Africa 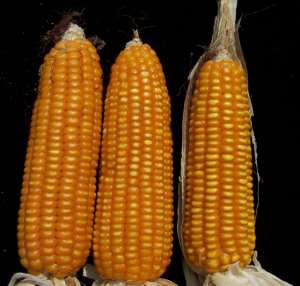 RAILROADING AFRICAN GOVTS INTO ADOPTING ARIPO PVP PROTOCOL BASED ON UPOV 1991: AFSA APPEALS TO ARIPO MEMBER STATES FOR POSTPONEMENT OF DIPLOMATIC CONFERENCE AND FOR URGENT CONSULTATIONS WITH SMALL-HOLDER FARMERS

The Alliance for Food Sovereignty in Africa (AFSA), a Pan African platform comprising civil society networks and farmer organisations working towards food sovereignty in Africa, has appealed to Member States of the African Regional Intellectual Property Organisation (ARIPO) for postponement of a Diplomatic Conference scheduled to take place in Tanzania, August 2015.

AFSA repeats its calls that the draft ARIPO Protocol for the Protection of New Varieties of Plants (ARIPO PVP Protocol) be subjected to both further review by experts outside of ARIPO and thatnational consultations involving all key stakeholders be held, as required by international law, particularly the International Covenant on Civil and Political Rights, the Convention on the Elimination of All Forms of Discrimination against Women and Article 9(2c) of the International Treaty on Plant Genetic Resources for Food and Agriculture.

AFSA is already on record in vehemently opposing the ARIPO PV Protocol on the grounds that it inter alia, severely erodes farmers' rights and the right to food.

AFSA attended a Regional Workshop on the ARIPO PVP Protocol,29-31 October 2014, in Harare Zimbabwe,where numerous technical and administrative flaws continue to characterise the process. In particular, member states were forced into accepting a recommendation, disguised as if crafted by them, mandating ARIPO “to urgently organize and call for the Diplomatic Conference for the adoption of the Protocol”. In reality, member states, instead, unanimously endorsed the need for further consultations to be held at national levels and independent expert review of the draft ARIPO PVP Protocol and that talk of a Diplomatic Conference to adopt the Protocol is hopelessly premature.

The organisation and facilitation of the workshop was dominated and wholly dictated by senior members of the UPOV Secretariat (which has an interest in promoting UPOV 1991) and foreign entities such as the European Community Plant Variety Office (CPVO). Civil society representation through AFSA was severely restricted by the ARIPO Secretariat to only one participant, who attended the proceedings at AFSA's own cost. Other than the pro-UPOV 91 lobby, the African Seed Trade Association (AFSTA), no farmer or representatives from farmer organisations was present at the workshop.

The ARIPO Secretariat itself observed and acknowledged that most of the delegations from member states, government officials in particular, did not have full knowledge and understanding of the ARIPO PVP Protocol. The solution proposed by the ARIPO Secretariat, is a short three day training of member states on the huge complexities in the plant variety protection (PVP) and UPOV 1991 systems. No doubt, issues of farmers' rights and the right to food, will not form part of such indoctrination. This in AFSA's opinion is designed to ready member states to give the ARIPO PVP Protocol the thumbs up, at the Diplomatic Conference next year.

As has been the case in the previous regional discussions on the draft ARIPO PVP Protocol, the Harare workshop dismissed virtually all the concerns raised by AFSA through its numerous submissions. Despite clear reservations expressed by some member states on the benefits that actually will accrue to farmers and growers from the UPOV style system being imposed, the ARIPO Secretariat completely marginalized the voice of civil society during plenary discussions. No attempt was made by ARIPO during the workshop to address key concerns raised by civil society.

If the draft ARIPO Protocol is to be adopted without changes, ARIPO and any ARIPO member that ratifies the Protocol can join UPOV 1991. According to AFSA, this means that any member state of ARIPO can simply side step national consultation processes and ratify the ARIPO Protocol at the expense of their national sovereign rights and further become a UPOV 1991 member, all in one foul undemocratic swoop. We are of the view that the whole process of developing the draft legal framework is fundamentally flawed, and thus lacks credibility and legitimacy.

Email: [email protected]
Notes to Editors:
1. AFSA has made submissions to ARIPO on the draft PVP Protocol and raised key concerns through a detailed submission dated 6th November 2012 to ARIPO. AFSA further submitted a substantive document containing several grounds upon which AFSA is seeking urgent interventions by ARIPO, the AU and the UNECA to urgently revise the draft ARIPO PVP Protocol to protect farmers' rights and the right to food. This document was sent to all member states of ARIPO as well as to ARIPO Secretariat, and is in the possession of the ARIPO. Recently in July 2014, AFSA published a press release through various media streams in the region appealing to ARIPO, AU and UNECA seeking legal space within the ARIPO Protocol to safeguard farmers' rights (the right of farmers to freely save, use, exchange, sell farm-saved seeds and to provide farmers and farming communities rewards for their contribution to agro-biodiversity and give them incentives to continue improving and making available plant genetic resources for food and agriculture which are the foundation of modern plant breeding and sustainable agriculture) and the right to food.