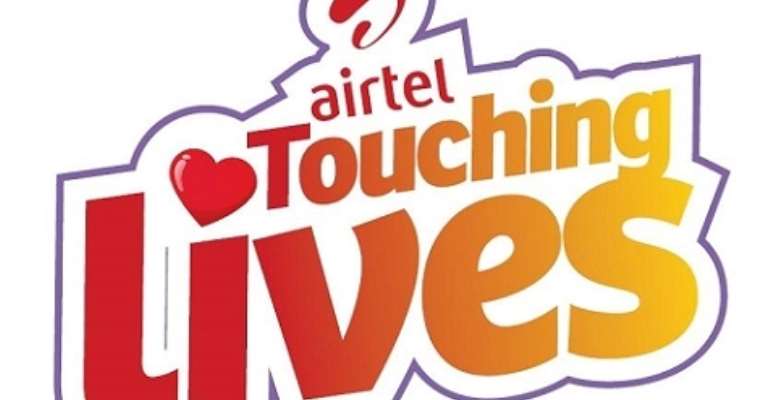 Airtel Ghana has committed to sponsoring a student and a handicapped radio station owner under the Airtel Touching Lives initiative.

The telcos has also provide equipment to a community radio station at Salaga northern to enable them broadcast to a wider audience.

The support was announced in the fourth episode of the season three of Airtel Touching Lives.

The first support went to a 17-year-old Benedicta Ayiri, a second-year student of Asesewa Senior High School in the Eastern Region. She used to sell iced water to raise money to support her education, but Airtel has taken up the fees for her final year in school, so she does not have to sell iced water again.

Airtel is also providing her with all her books throughout her stay in school, and the telco also promised to fund her training should she qualify into a nursing institution, which is her chosen career.

Overwhelmed by the gesture, Benedicta Ayiri said she will no more have to sell water on the streets again.

Head of Corporate Communications and Corporate Social Responsibility (CSR) at Airtel Ghana, Donald Gwira noted that it took a lot of courage for a girl of her age to muster the courage in the face of difficulties and challenge herself to brave the odds.

“We at Airtel are inspired by Benedicta's confidence in spite of her challenges and it falls within the mandate of the touching lives initiative to support such needy individuals to achieve their dreams”, he said.

The Telco has also empowered Salaga based Fatawu Fuseini, whose entrepreneurial prowess and passion for peaceful co-existence of all religions led him to establish a community radio station in Salaga in the Northern  Region.

Fatawu has one leg amputated but he refused be held down by his handicap. He dared to dream big and now his community radio station is helping to bridge the gap between Moslems and Christians.

To increase the stations reach in the region, Airtel provided Fatawu's radio station with a new transmitter and antenna.

Under the on-going edition of touching lives, the radio station has also received two bicycles and one motor bike to facilitate movements and operations.

Fatawu, dumbfounded, said his radio station can now go beyond the confines of his immediate surroundings and “bring more people within the community on board.”

The Touching Lives initiative is part of an annual television programme meant to help identify people who have either excelled in life in spite of disability as well as people who have helped to bring about changes in communities that they live in.

The programme has become an annual affair on television and recounts the stories of people who have been nominated and rewarded for all that they have done.

The Telco is hopeful that Airtel Touching Lives will help motivate more people to improve their lives as well as bring about changes in the community that they live in.