No One Can Stop Us From Meeting Our Prophet, TB Joshuasupporters declare 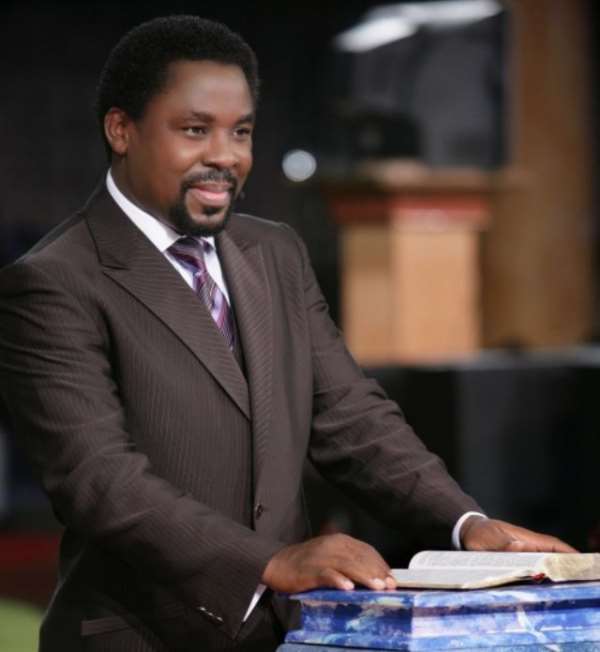 In the face of raging controversy and disaffection towards The Synagogue, Church of all Nations and its founder, Prophet TB Joshua, following the collapse of one of the church's guesthouses, the Man of God still commands respect all over the world, especially in South Africa.

The tragedy which occurred on September 12 claimed the lives of some church members, mostly South Africans, and others sustained various degrees of injuries.

The incident which was captured on CCTV camera showed a strange aircraft which flew multiple times and even lower over the guesthouse before it tragically crumbled.

Prophet TB Joshua has however linked the collapse of the building to an attack purported to have been carried out by a terrorist group and has since sympathized with the injured and the families of those who lost their lives. He has promised to visit South Africa once in every month to minister the gospel of Christ to people in Southern Africa in memory the martyrs of faith.

The announcement by the founder and general overseer of the Nigerian mega-church to visit South Africa has been met with mixed reaction among South Africans especially on the social media, Facebook.

While many have accused TB Joshua for being responsible for the tragedy, others have questioned his authenticity as a prophet of God. Latest to join the group of those opposed to the SA visit by the Prophet is the African National Congress Youth League (ANCYL). The group has vowed to block TB Joshua from setting his feet into the rainbow nation. “He cannot come here without people knowing what actually caused the collapse of the building. We need concrete answers,” the group warned.

However, many supporters of the Man of God in the Southern African nation including pastors and church leaders have rubbished claims that the charismatic SCOAN leader was responsible the sudden collapse. “I would like to advise the Man of God to apply for visa to Botswana so we could join him there. If authorities there also deny him visa, we shall go to SCOAN Nigeria to meet him there, no one will stop us. We love TB Joshua.

In the past, some of us travelled as far as Rome to see the Pope and to Zimbabwe to see herbalists. Our people were killed in Marikana two years ago but no one has since been held accountable. So why demand immediate answers to a disaster that happened in Nigeria few days ago. Leave our Prophet of God alone!” a SCOAN supporter exclaimed on Facebook.

Also, in separate occasions on Facebook, Pastors Lesego Daniel and Mukhuba , the founders of Rabboni Centre Ministries and Unity Fellowship Church in South Africa respectively, called on Christians all over the world to commit in prayer Prophet TB Joshua and families of all those who died in the September 12 building collapse so that their faith would not fail. “We are continuing to pray together for our fellow part in the Body of Christ.

We are praying for the man of God, Prophet TB Joshua, in the country of Nigeria, for God to give him more courage and strength. We send our condolences to those who lost their loved ones. When we face trouble we do not scatter but we gather, for we are one; let's pray for the man of God.

We also thank God for those that are still going to receive from the SCOAN,” Pastor Lesego prayed.

Meanwhile, there are reports of some South Africans, who in spite of all the name calling, accusations and attacks on the charismatic Nigerian pastor, are planning to visit the SCOAN in Lagos for their healing, deliverance and breakthrough which they believe would be made possible by the power of Jesus Christ.