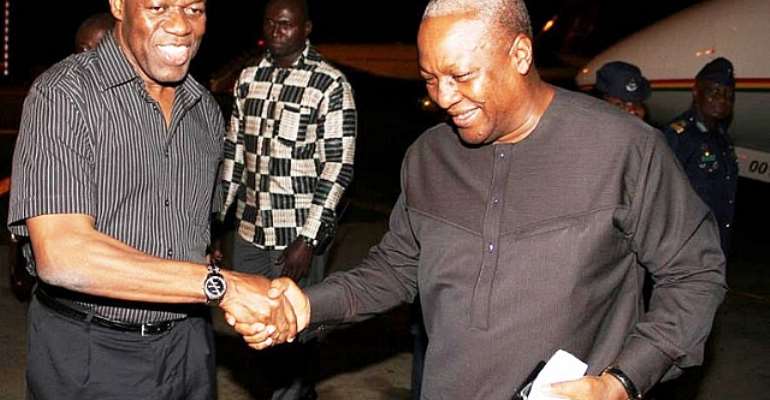 President John Dramani Mahama has said the nation's economy will grow in spite of current challenges. Government has been criticized for the rising inflation rate, high budget deficit, tax evasion, corruption in public institutions and other challenges facing the country.

But speaking at the Global Leadership Training forum, President Mahama was optimistic Ghana's economy will overcome its current challenges.

According to him, 'a new oil bill which will increase Ghana's oil production from 110,000 barrels to almost 200,000 barrels is coming on the stream' This, he said, will create additional revenue for the country.

'There are several other things, cocoa prices are recovering fortunately, gold is slugging, but we believe that as long as it is not falling further, we can hold production at that level and hope that it recovers in the years going forward,' the President added.

'Things are looking up and we of course want to climb out of this faster than we would. Of course God is in control, and I know that he will make a way for us,' the President added.