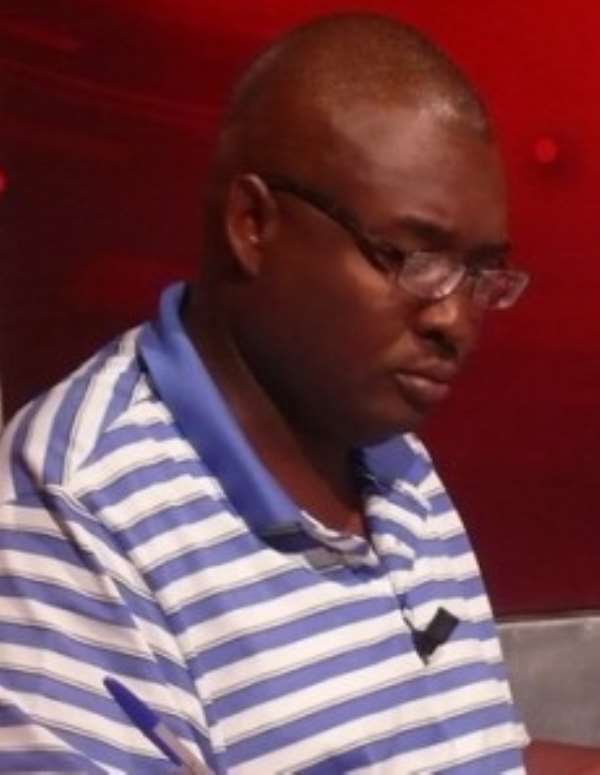 Former National Youth Organizer of the opposition New Patriotic Party (NPP), Anthony Karbo is calling on the president to sack the acting Director of Ghana Youth Employment and Entrepreneurial Development Agency (GYEEDA), Kobby Acheampong before things get out of hand.

According to him, Mr. Acheampong's unilateral decision to use tax payers monies to advertise a new ICT module in the Daily Graphic amounts to causing financial loss to the state.

The presidency had to order for the withdrawal of the said advertisement after public uproar.

Pressure Group, Mass Action Committee, the Member of Parliament for Obuasi West, Kweku Kwarteng and the Executive Director of the of the Ghana Integrity Initiative  Vitus Azeem were amongst those who called for the adverts to be withdrawn.

To avoid further agitations, government in a statement signed by Information Minister, Mahama Ayariga Thursday, ordered for the unauthorized advert to be withdrawn.

“Insubordination is not a good ingredient for good governance so President Mahama must stamp his authority to prove he is in charge” he stressed.

He alleged that the clandestine move by the GYEEDA boss to introduce a new module at the blind side of the Chief of Staff who is the supervising authority is a “calculated attempt by Kobby Acheampong to sidestep the process and make quick money”.

The Youth Activist could not fathom why the same man [Kobby] who accused the NPP of running a “reckless program when in government is now walking in the same recklessness by rolling out a new ICT module without a legal framework”.

“They are very serious issues and we are not going to allow people to use propaganda to confuse Ghanaians” he stated.

Anthony Karbo said the NPP as a responsible opposition will raise critical issues about the lapses, corruption and siphoning of money in GYEEDA until the right things are done. Story by Ghana/Adomonline.com/Adwoa Gyasiwaa