Good Friday Next Week -Was Judas Wrong In Betraying Jesus? 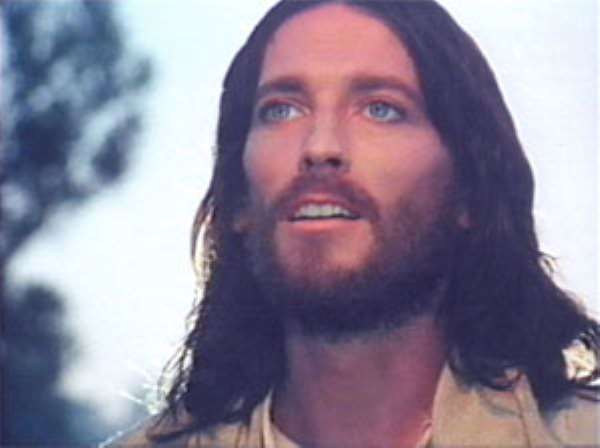 Six days hence, Christians the world over will celebrate their most important feast on their yearly calendar. It is Good Friday. Over the centuries, there have been several arguments over the whys and wherefores of Judas Iscariot's betrayal which brought the cruel death of the Lord Jesus Christ, a charismatic, virile young man who was only 33 years of age. The most interesting question is: was Judas wrong in betraying Jesus?

It is common knowledge within the world's Christendom that the whole crucifixion saga that climaxed in the death of Christ on Good Friday was triggered off by a singular act of betrayal of one person -Judas Iscariot, an apostle of Christ.

A quick recap of the essentials of the events will reveal facts: Midnight. The branches of the bushy brambles and the blooming olive trees that stood in the dark Gethsemane Garden sadly bowed in still silence. Occasionally, they nodded disapprovingly to the pitiable prayers of the agonising Jesus.

Suddenly, some trudging footsteps of soldiers, led by Judas himself, came on over. A kiss on Jesus' cheeks by Judas. A stampede in the darkness. Jesus was arrested. And as he was whisked away, the disciples ran helter-skelter through the bushes.

Now followed some rapid cascading pietas -those mournful scenarios depicting severe slaps in Jesus's ear, and bitter beating and floggings that opened wounds and oozed blood. This blood dripped alongside blood droplets from the nailed palms and feet, all to drench Christ's sweating dying body on the Cross!

This sad episode is known to have been caused by Judas's betrayal, an act which has earned him the contemptuous tag -the traitor.

But some pundits do not agree to that condemnatory accolade -'traitor,' which to them, is wrongly pinned on Judas. Their point is that since without Judas, it would not have been possible to have had Jesus arrested and crucified to save mankind from God's wrath over sins, he (Judas) did no wrong in betraying Jesus. And therefore he does not merit the 'traitor' insignia, or any condemnation.

To them, Judas is, at best, God's sub-instrument of salvation; at worst, a medium through which part of the Christological prophecies (ie. about Christ) was fulfilled. 'By his betrayal act' remarked a scholar recently, 'Judas was proving to the world that the scriptures are true, and Christ's prophecies that someone would betray him, were true.'

In a religious symposium held last year in Accra, a pro-Judas Bible scholar argued: 'People mistakenly condemn Judas for betraying Jesus. But if the betrayal had to be carried on by somebody else who never knew the movements and whereabouts of Jesus, how effectively could that have been implemented to cause the arrest of Jesus which led to our salvation?'

True, Jesus had been a slippery figure who had, on several occasions, mysteriously disappeared from the hands of the  scribes and Pharisees (his sworn enemies) whenever there was an attempt to arrest him. Indeed, to arrest him in the ordinary manner was always illusory, impossible.

For another, it was hard for a stranger to locate precisely the particular secluded spot in the vast Gethsemane woodland where Jesus often retired with his disciples to pray in the night (Luke 22:39). Of course, it was the place where he could easily be 'caught'.

In this connection, there was, it was held, the need for an insider to be used to show the person of Jesus, or where he is, for an effective arrest. It was here that Judas, an insider, came in handy.

It is on this view the argument is built to the effect that it was not the intention of Judas to betray Jesus so to be killed.

As a believer in the 'kingdom-is-near' theory preached by Jesus (as De Quincey argues), Judas wanted to simply create a 'compromising situation'  in which Jesus would bestir himself and manifest his miraculous powers to seize political power in Israel to secure  the earthly kingdom before his (Jesus') impending departure for heaven.

Two motives are said to be hidden behind Judas's pressure on Jesus for a coup d'Ã©tat in Israel. First, his desire to bring into reality the 'Hossana… blessed is (Jesus) the king of Israel' idea (John 12:13) loudly proclaimed in the previous week's Palm Sunday. His argument was firstly, Jesus should by all means, be a practical king in Israel, and secondly, as argued elsewhere, Judas was to create opportunity for himself so to realise his much-desired political office of Minister of Finance in Christ's expected earthly kingdom of Israel. After all, he had experientially held the position of treasurer of the apostles' money for three years (John 12:6), why couldn't he be the Minister of Finance?

A reference point cited to back the argument that Judas meant no harm to Jesus is: Judas's return of the 'betrayal money' (the 30 pieces of silver) to the high priests, when he had found that his political kingdom manoeuvres had backfired into those that were leading to that unfortunate crucifixion of Jesus. 'I have sinned, I have betrayed innocent blood' are the repentant remarks of Judas said to portray his good intentions.

But all these arguments are denounced by lots of people who consider the betrayal act as an error of the greatest magnitude: a serious mortal sin committed by Judas.

'The argument that without Judas, Christ could not have been arrested to be crucified for our salvation is an intellectual hoax, a big lie,' remarked a University don at Legon in our recent discussions on the subject.

It was argued there and then that since the Crucifixion for mankind's salvation was a divinely ordained plan, a freak opportunity could have occurred for the arrest of Jesus even in the streets, in so far as the time for his prophesied death on the Cross had come.

The conclusion was that Judas became a causative factor in the arrest and crucifixion of Christ because he was a big bundle of various vices whose intensity was heightened by the fact that:

One, he wrongly felt himself to be sidelined, estranged or discriminated against by the almost all - Galilean apostles of Christ. His surname Iscariot means: 'a man of Kerioth,' a little town in Judea, a different ethnic area. Judas was the only Judean amongst the lot, and he possibly envied the natural cultural links between the Galilean apostles. Two, he had, as Rev. Professor James Stewart says, 'a streak of covetousness in his nature… which made him indulge in petty pilfering,' a secret which he feared might be exposed one day to his disgrace.

And three,  his dashed hopes for the worldly kingdom in which he would be a high-profile personality - a kind of deflated paranoia - so stung him as to fill him with revenge plans against his master Jesus.

From all these, it can be correctly inferred that what exactly actuated the betrayal deed of Judas was outright viciousness, a hidden desire to eliminate Jesus and nothing else.

By this logic, the verdict of many men has been that Judas did err in betraying Jesus.

And this error was acknowledged by Judas himself, on the basis of which he hanged himself - a fact which places him squarely in hell, and a lesson to those who indulge in greed, envy, or (nkonkonsa) betrayal gimmicks in the society.

The contempt against Judas is currently expressed in Bishop Bob Okala's satirical song 'nea Judas yei  yi, eye anaa'…? (literally, what Judas did, was it good…)?

Modern Ghana Quote Reports
Catch up with all the political quotes from our politicians.
Sponsored
More Opinion
Modern Ghana Links
Ghanaian History: Remembering A Historical Atrocity By A Colonial Government And Quest For Justice
AfCTA and Ghana Beyond Aid: Alan's master plan
DARKEST HUMANITY DIARIES... When Death Stares at you: Fear of the Unknown - No Bed Syndrome in our Hospitals
The Dilemma Of Nigeria's Progeria
Why a brave generation is needed for Civilizational Transition
COVID vaccines and its power dynamics; Where does Africa stand?
The Fight On Our Hands
Do We Really Understand What We Pledge For This Nation…Ghana
My nation of exile
Quote Reports Dossiers
TOP STORIES