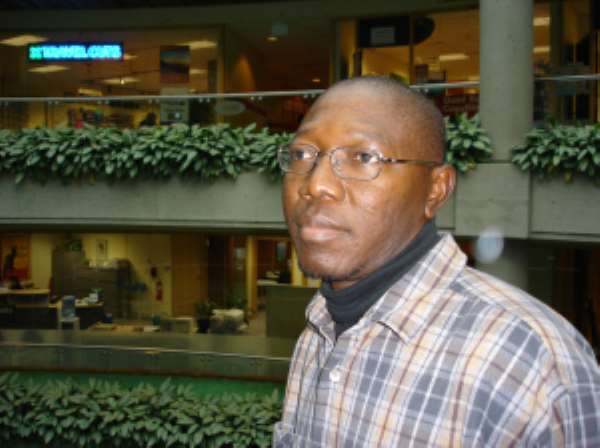 We write to condemn the vicious attacks that have been unleashed by a section of the Ghanaian media – notably the Enquirer Newspaper on the Municipal Chief Executive of the Ledzokuku-Krowor Municipal Assembly, Hon Seth Badu Tawiah over a number of very frivolous and outrageous allegations.

As a one of the two Constituencies in the Municipality, we take a strong exception to this obvious attempt by the Enquirer and its paymasters to distract the attention of the Hon MCE in order to derail his efforts to bring the needed developmental activities to the Municipality in general, and the Ledzokuku Constituency in particular.

We have painstakingly and independently done our investigations over the allegations that the Newspaper has been labeling against our MCE and we can conveniently discharge those allegations as wicked fabrications without justifiable merit. And we call on all well meaning Ghanaians to treat these allegations with the contempt it deserves.

Members of the Press, isn't it a wonder that a Newspaper of the Enquirer standing can continuously come out with about 8 publications about a person that not even in any single of those publications that the Newspaper sought the side of the person accused? If this is not the work of a paid media-house, what else is?

As has been alleged in certain circles, is the Enquirer being used by the likes of Clement Apaak, Daniel Amartey, the former MCE of LEKMA and their cohorts who have been having series of meetings at the FlagStaff House with some of these cheap media Houses to ensure that the MCE is removed within 6 months? Whatever the case may be; whether Clement Apaak and his “FlagStaff House Caucus” are behind these false publications or not, we want to assure all and sundry that we are alive to all machinations and any ill agenda against the people of Teshie and Nungua will come to naught!

We also wish to use this platform to caution Mr. Manly Spain, an aspirant for the Greater Accra Regional Chairmanship position of our Party to be wary of his utterances regarding issues concerning Ledzokuku. We found his “so-called” interview granted to the Enquirer last week rather uninformed and very unfortunate. Manly Spain should get proper education before he attempts to discuss issues concerning Ledzokuku NDC.

We haven't forgotten the struggle the Municipality went through in order to get this level of stability and peace we are currently enjoying with our MCE and we are determined not to go back to the dark days of this Municipality again. We therefore expect all well-meaning Ghanaians and organizations to support us build that enviable Municipality, not to be used by self-seeking personalities to achieve their parochial interests.

The National Democratic Congress in the Ledzokuku constituency fully supports the Municipal Chief Executive and will solidly rally behind him to achieve the best for our Constituency and the Municipality. Our MCE is on course and we call on everybody within and outside the Municipality to support him to build the LEKMA version of the Better Ghana Agenda.

The NDC is motion and we are unstoppable – Eye Zu – Eye Za!!!