Cedi Depreciation: This Battle Is Not Diachronic 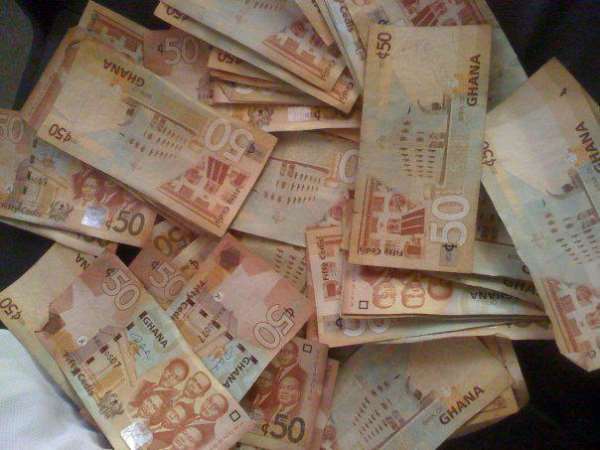 A US comedian, Groucho Marx, jokingly said “politics is the art of looking for trouble, finding it everywhere, diagnosing it incorrectly and applying the wrong remedies' This is obviously not the case about recent counter-arguments across the political divide with recent cedi depreciation. The opposition is blaming the government for inefficiency and the government is hitting back blemishlessly by substantiating her argument that draws comparison to some countries who are also suffering from the same syndrome. And the last straw that broke the camel's back is where a man of God trying to intercede the cedi depreciation with divine powers.

The bottom-line is that the cedi has depreciated against the major currencies, especially the dollar. The question remains that, should the government take the blamed for the depreciation, and if not, why the government economic team cannot explain it in plain language to the people of Ghana as Dr Paa Kwasi Nduom of PPP has suggested, and are the measures putting in place by the Bank of Ghana and the Ministry of Finance sufficient enough to salvage the situation?

Whether as a coincidence or timely, the outspoken former President of Ghana and founder of NDC, Mr Rawlings, has called the President to reshuffle his cabinet because the Akan adage has it that, if water stays in a bottle for too long, it starts to smell. In my last article “OH MR PRESIDENT, WHERE ART THOU?” published on both Ghanaweb and Modernghana Opinion column, I also expressed my opinion about the need for the President to reshuffle and downsize his cabinet and appointees, which I quoted Wilson Churchill as saying “to improve is to change; to be perfect is to change often.”

On the opposite side, Prof Richard Amoako Baah of KNUST, who has been a tough critic on Mahama-led government has asked Mr. President to get away from the kitchen if the heat is too much for him to handle. His call was to the President's assertion that the cedi depreciation wasn't his government fault. Prof Amoako Baah said “…He is saying that it is not his fault; it is not the policies of the government that the cedi is falling like that, …that tells me he doesn't even know the problems we are facing. If that is the case, he should save his country from further decline and resign,”

In a recent free press report 2014 published by “Reporters Without Borders”, Ghana moved to the 27th position compared to UK and US 34th and 46th respectively. This means that people like Prof Amoako Baah and the likes are, of course, entitled to their opinions and they also have the platform to say whatever they want to say. After all Ghana is a democratic state and the electorate have the mandate to express their opinion or question the government if their plights are not adhered to. But in a true democratic state, people must criticize the government or its policies positively otherwise with an alternatives plan. As Hayek wrote in The Road to Serfdom “It is the price of democracy that the possibilities of conscious control are restricted to the fields where true agreement exists, and that in some fields things must be left to chance.”

Ghana has 275 parliamentarians and are they telling us that their only role is to debate on bills brought to the floor or sitting on numerous boards? Friedrich. A. Hayek (1944) said, “It may have been the unanimously expressed will of the people that parliament should prepare a comprehensive economic plan, yet neither the people nor its representatives need therefore be able to agree on any particular plan. The inability of democratic assemblies to carry out what seems to be a clear mandate of the people will inevitably cause dissatisfaction with democratic institutions. Parliaments come to be regarded as ineffective "talking shops", unable or incompetent to carry out the tasks for which they have been chosen.

The conviction grows that if efficient planning is to be done, the direction must be "taken out of politics" and placed in the hands of experts, permanent officials or independent autonomous bodies”. This means, the political divide must be sincere enough with the people and tell them the real reasons why the cedi has depreciated, rather than apportion the blame on the government alone to score political points. And if they are not capable or do not have the expertise to do so, they should hire experts to do so instead of leaving it to their party faithful who are fond of unnecessary criticisms and lavish insults. No one needs to be told that the cedi depreciation is coerced by US Federal Bank.

People say, when US sneezes other countries catch cold. This is true because the global financial crisis started as US housing bubbles started in later part of 2007 and by 2008, the whole world was in recession which we have not recovered till date.. One will recall that after the 2008 financial crisis, which US is the main cause, during the G20 submit US demanded extraordinary co-operation from the emerging countries monetary authorities. The emerging market economies agreed to the extraordinary monetary policies pursued by the US Federal Reserve to alleviate the global crisis. The US benefited from the agreement of the G20, and it continues to benefit from the reserve currency status of the dollar. US for years had pursued a rather loose monetary policy to help its own economy. In 2008, the Federal Reserve lowered short-term interest rates to about zero and ventured into unthinkable using "quantitative easing", to cut more than $2 trillion into circulation. It had never controlled the dollar floatation as means to stay competitive with exports.

The result of this allowed inflows of capital to the emerging markets that created inflationary pressures and caused currency appreciation. The flows of capital into emerging markets are now reversing as the Federal Reserve has a change of plans and gradually tapering its assets. This tapering puts downwards pressure on exchange rates. Tapering, is a means the Fed uses to slow down the pace of bond purchases under the quantitative easing programme, which could push up the cost of borrowing for economies that rely on international markets. The Fed defends its action to ineffectual interest rate increases, causing massive pressure on emerging market currencies. Experts believe Federal Reserve to cut its domestic bond purchases, is a move that suggests it is confident the US economy is strong enough to do without "quantitative easing." Meaning, for a number of years US will benefit from capital inflow against previously outflow.

The operation of financial markets across borders make it very difficult for emerging market central banks to protect their economies from sudden reversal of capital flows. Because emerging countries like Ghana peg their currencies to the dollar they are forced to drain foreign exchange reserve to maintain the peg. Turkish Lira lost its control as investors praised Fed's decision to reduce its bond purchases and Turkey had no choice but to tighten its monetary policy and that also putting pressure on the most fragile developing countries to follow suit. The hardest hit by this tapering is Argentina who already lost $28bn of dollar reserve despite devaluing the peso. Currencies in Turkey, India, Russia and Brazil have fallen drastically. South Africa's rand dropped over 2 percent to 11.21 per dollar even after the central bank raised interest rates for the first time in almost six years, bringing its benchmark to 5.5 percent from 5 percent. Stock exchanges around the globe resumed their downhill trajectory, and many currencies - from the Brazilian real, to the Indian rupee and the Russian ruble - came under intense pressure. If such countries are hard hit, what's the stand of Ghana cedi which is not internationally convertible?

Strategist's advice that countries should allow their currencies to fall freely as capital leaves, but as this adds to inflationary pressures in countries many of which already have higher inflation than they would like, it is inevitable that central banks will respond by raising interest rates. It simply isn't reasonable to expect a responsible central bank to allow its currency to go into freefall in response to an external monetary shock. The Fed is in effect the central bank of the world, and after all was the epicenter of the world financial crisis and recession in 2008, and it is time it behaved like one, rather than fooling the developing countries. European Union hypocritically is not perturbed by US measure because they feel their economy is revamping and very strong, and China and Japan have little to worry about as the emerging markets have.

In my point of view, the Ghana government is just doing the right thing as it is not causing financial panics. Dr Kofi Wampah's injection of foreign reserves to salvage the situation is the best thing to do and I believe the control of the foreign exchanges bureaus are a necessity. A few years ago, European Commission made it mandatory for anyone to and fro any member state with more 10,000 euro's to declare it at the point of exit or entry. This law was already implemented in US, and recently Canada also enacted this law. I believe Ghana has the right to do so and will not fault to do that.

In Ghana, every item from housing market to school fees is quoted in US dollar, this makes it difficult to compare inflation and has also brought hardship to the government because workers tend to demand dollar equivalent of salaries. Foreign goods are priced equivalent to that of foreign retail market causing Ghanaian in Diasporas to bring their goods from abroad because they might be skeptical about the qualities of same goods sold in Ghanaian market. In such situations of skepticism and mistrust of inferior or imitated goods, they will rather use their foreign currencies abroad instead of brining it home. On annual scale, millions of foreign currencies never found their way to Ghana. The situation at stake is neither NDC nor NPP, it's a distasteful measures that needs bipartisan policy, where economists and financial strategists from both political divide should roll up their sleeves and come up with better solution. Recent backbiting and calling for motion of no confidence in Mr. Seth Terkper, Minister of Financial, is a thwart to the NDC's fortunes.