Is This Man A Bishop?...Engaging In Useless, Naked Populism!!! - Kwesi Pratt Fires 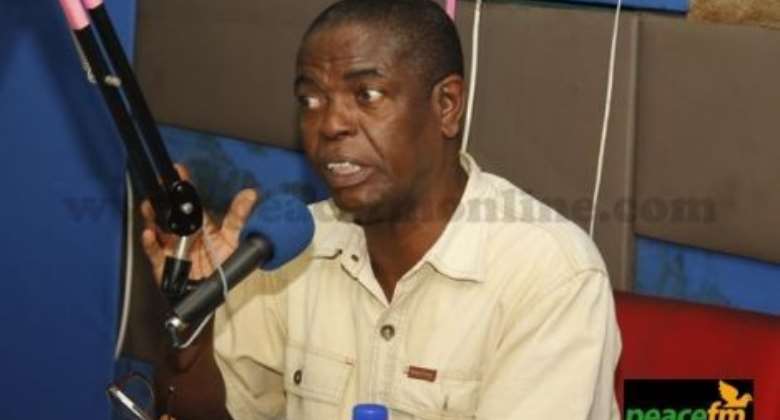 "What verbal acrobatics, and this man is a bishop? He engaged in mere, empty, useless populism; naked populism which is even an affront to his own God,” Kwesi Pratt Jnr ranted.

The Managing Editor of the Insight newspaper made these comments on Alhaji and Alhaji, a political discussion programme on Radio Gold Saturday, while discussing the critique of the Mahama-led administration by the Obuasi Diocese Methodist Bishop, Rt. Rev Stephen Richard Bosomtwi-Ayensu.

The Rev. Minister courted controversy and received all sorts of name-calling especially from members of the ruling National Democratic Congress (NDC) when he stated that “we have said enough prayers yet nothing positive seem to be happening…it is about time we the men of God took the President and his ministers on face to face. We have prayed and fasted, prophesied and done everything spiritually possible to no avail and it is time to now question the President and his ministers”.

Speaking to the issue, Kwesi Pratt told Suhiyini Alhassan host of the show that the first action the Rev. Minister should have done after making such criticism was to put down his cassock.

“This is a Bishop who thinks there is no longer any value in doing the things that the church teaches; he says 'why do you rely on God? rely on yourself, God has failed us'. Is it any wonder that he will turn around and launch a vicious attack on the President? The Rev. Minister says… prayer is useless. Why pray when nothing is happening? Why fast? Why confront the government…?

Kwesi Pratt advised men of God in the country not to turn their pulpit into a political platform because 'it will divide the flock' and moreover, 'Christians come to church to worship and not to serve one political party or the other'.

However, if they insist on making such political comments 'it is their own problem; they will rather end up losing their tithe and offerings.'