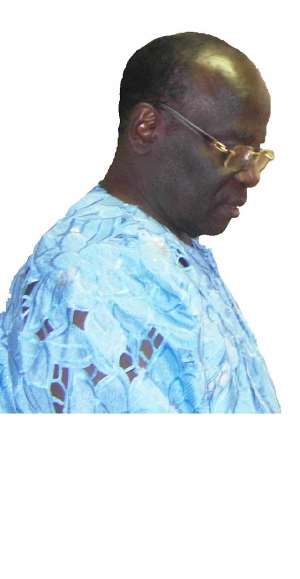 Several Ghanaians in the diaspora have called on President John Mahama to immediately dismiss/replace Ghana's Ambassador to Russia Dr. Seth Koranteng following recent expose of sex scandals at the embassy, the puerile dismissal of Ghana community President from the embassy (replaced by Nigerian) and the scandalous use of the name of GHANA'S PRESIDENCY by a consular officer at the embassy to compel a Russian judge to sentence a Ghanaian lady and her Ghanaian fiancée to Russian prisons when the lady refused the officer sex at the embassy office.

The callers who were contributing to a popular radio Political talk show on Amansan FM in London were mainly Ghanaians in UK, Russia others from Canada, Germany, Australia, USA, Belgium, Korea, expressed concern at the continuous stay in office by the aged ambassador who is currently in Accra quietly lobbying to be retained. The radio program also featured leading figures and executives of the Ghana Community in Russia.

LEGACY Ambassador Koranteng began well and was initially described as friendly. He made a number of promises to make life in Russia easier and happier for Ghanaian students and non-students. He initially brought the Ghanaian community together in an unprecedented fashion especially during independence celebrations and went on to establish the Embassy Christian Church which worships every Sunday at the embassy's multipurpose halls. Ambassador Koranteng has also been criticized for the following reasons;

SYSTEMIC FAILURE AND TENSION The community leaders explained that for the first time since Nkrumah's era, the Ghana embassy this year, through head chancery Baaba Williams, failed to celebrate Ghana's Independent day with the ordinary Ghanaian in Russia claiming lack of funds. Confirmed media reports earlier this year suggested embassy officials had further sabotaged attempts by students to have their own celebrations by denying them access to the embassy's empty halls claiming it was beyond their control to allow such. SPRAVKAS which had always been signed free has for the first time been charged. Some Ghanaian local workers have also been taunted out of work, replacing them with Nigerian and Cameroonians for 'frivolous' reasons.

REPORTED ACTS OF CORRUPTION In his article titled "CHRAJ MUST INVESTIGATE THIS", Prof. Kwame Okoampa Ahoofe of New York University asked Ambassador Koranteng to come clean regarding his refusal to allow Russian FBS officials into his residence to investigate a case in which the ambassador himself blew an alarm that certain monies he couldn't account for had gone missing in his apartment. While Russian FBS officials were ready to get to the bottom of the matter, the ambassador surprisingly refused to cooperate. The Prof. further asked for investigations into how consular officer Inusah Abdul Bassit allegedly disguised himself to criminally take money from the Moscow accounts of a Ghanaian resident in Russia Mr. Kingsley Ahenkorah unlawfully using Mr. Ahenkora's passport, the well read Professor of English, Journalism and Creative writing stated in his article at http://www.ghana-anticorruption.org/newsinfo.php?id=291

His call followed revelations by a former embassy employee at the ambassadors residence who had earlier alleged/exposed acts of money laundering, human trafficking and the rape of a student in his article at www.modernghana.com/news/347611/1/ambassador-koranteng-rejects-russian-investigators.html

Instead of clarifying, officials pushed some weaklings to write an incoherent defense found at http://www.ghanaweb.com/GhanaHomePage/NewsArchive/artikel.php?ID=217709

Their defense was however rejected by others who felt the signed authors did not have the professional competence, the basic knowledge or the wherewithal to credibly investigate the officials.

DISMISSAL OF PRESIDENT OF GHANAIAN COMMUNITY IN RUSSIA The Ghana community President of Russia, Philip who had worked as official driver of the embassy for close to four years was dismissed by the ambassador over his attempts to organise 2013 Independence Day celebrations. The Community President says he received a letter from head chancery Baaba Williams that she could not allow the Ghanaians to hold Independence meeting at the embassy hall As Was always done. Philip as community President gave the letter to other union executives to update them on the refusals by the embassy.

A copy of the letter obtained by embassy critics was published. Ambassador Koranteng hastily dismissed the community President as an official driver of the embassy. This has been severely condemned by people who felt the ambassador may have been manipulated by the lady head chancery, a suspicion fueled by a holiday trip taken by the ambassador and the young lady to Armenia/Mongolia a day after the dismissal which was a Russian holiday.

Philip, an elder of the church established by the ambassador, has denied ever giving the published letter to the publishers. He insists that, as President of the Ghana community he had a duty to inform members over progress of the event, he could not be held liable for what individual members do with the letter. It has also been argued that the letter was not confidential and was meant for the community members/public.

An official clarification that the reason for firing Philip was due to failed background checks has been rejected since it does not take four years to do probational background checks especially when the dismissal followed the heels of the publication. A law professor commenting on the matter in Ghana asked whether Philip was told the aspects of the background checks he failed with the opportunity to defend himself.

While the publishers insist they did not take the published letter from PHILIP, they have blamed Philip for his woes saying he was one that signed the fake defense of the embassy officials without even reading when acts of corruption were exposed by insiders. Critics say Philip has been bitten by the serpent he fed and protected.

Philip was dismissed alongside a hardworking Ghanaian lady receptionist on a sexually victimizing ground. Though some few officials are trying to ensure sanity prevails in the admin of the embassy, the Ghanaians have aired out strong criticisms elsewhere at some other embassy officials LISTEN AUDIO http://hu.lk/bn9lasj0mf40

In a weird trial of a Ghanaian couple charged with assaulting a young lady, the Ghanaian consular officer Inusah Abdul Bassit allegedly tricked his fellow citizens to sign a document in Russian language that was used as a self implicating evidence to jail the couple. The officer had assured them that by signing the untranslated Russian document they would go home; case against them being dropped for lack of evidence. The officer also told the surprised judge at the Perovo Federal court that he had been sent by the President of Ghana and Ambassador Koranteng to inform the doubting judge to jail the couple. Ambassador Koranteng says he had never heard of any such case, but failed to act/report. The couple spoke of other abuses such as the consular officer standing there while she changed her bloody menstrual pads just to see her naked body. In an encounter with a student researcher, the official police translator admitted that some parts of the 'incriminating confessions' he submitted to the court were written by consular Inusah Bassit. In Petitions to the Government copied to the Chief Justice of Ghana etc the couple narrated how the consular officer had earlier threatened to put the lady into trouble when the lady refused to give in to his sexual demands during her visit to the embassy office for consular assistance. Other Ghanaian women have shared similar experiences. In the trial, neither the allegedly abused girl nor witnesses appeared in court. Lawyers for the couple are said to have indicated their preparedness to pursue the matter to the highest court possible. Full petition VIDEO CLIP at www.scan.me/byp2x2

EMBASSY DEFAMES GHANAIAN WOMEN IN RUSSIA In a daily graphic front page story, the embassy published the "report" of a fake "collaborative investigations" with Russian Foreign Ministry Officials that named some Ghanaian women as practising or recruited to practice prostitution in Russia. Graphic reporter claimed to be quoting from a 'report' citing officials of the Ghana embassy in Russia as the source. The victims who denied and demanded proof from the embassy officials were shocked when both the consular officer Inusah and ambassador Koranteng denied involvements and distanced the embassy. Daily graphic however insisted the report came from the mission officials since they had no way of knowing names in far away Russia. Ambassador Koranteng however shied away from a suggested rejoinder. Embassy archives had no record of any such investigations being ever done. Russian foreign ministry officials also distanced themselves. Many condemned the officials for the unconscionable publication of names of women they were calling prostitutes when they had attempted to, or already slept with some of them.

Daily Graphic has also been strongly condemned for violating ethical journalistic standards which forbids publishing names of victims of sexually related crimes (even if true) and failing also to verify their story. When faced with evidence of the non-credibility of the story and compromised moral authority of the embassy officials, peacefmonline.com has already pulled down its version of the story from their website, others promising to do same. Watch a clip of victims of graphic publication scandal here; https://www.dropbox.com/s/dj72wbxgnxzuk6q/embassy%20compromise.mov

ON THE STUDENT FRONT - A FAILING SCHOLARSHIP SCHEME

While few private students received half scholarships amidst protests on non-transparency, this was at the expense of scholarship students who had their shipment allowances cut by half, no increments in devalued monthly stipends, project and medication refunds taken away, hostel fees no longer paid. Completing private doctors also had their token allowance taken away.

Sensing danger, a few students threatened to do the unprecedented when embassy officials announced reduction in their book allowances last year. The embassy quickly reversed the cut, claiming the reduction was typographical error. In a recent radio interview in Moscow, Ambassador Koranteng confirmed how he championed an all-die-be-die students demonstration that locked out all members of staff at the embassy during his days as a student in Russia when the administration delayed payments of their students' monthly stipends.

RE-BRANDING THE GHANA EMBASSY IN RUSSIA A need to re-brand the mission is imperative to calm tensions and win the confidence and cooperation of the Ghanaians in Russia especially those who have vowed never to step at the embassy again. Others have variously described the office as a brothel.

A former student critic speaking on the description of the embassy by the alleged prostitutes said "...who am I to challenge their own labelled "prostitute" who tells me of the latest brothel in town..Gone are the days of Larnyo, Dr Ago, Odame, Philbert Johnson etc where decency, Charisma reigned. The swag is long gone, he said. The Ghanaian COMMUNITY have expressed the hope that the President will send in an Ambassador that will unite and seek the interests of Ghanaians in Russia and beyond. 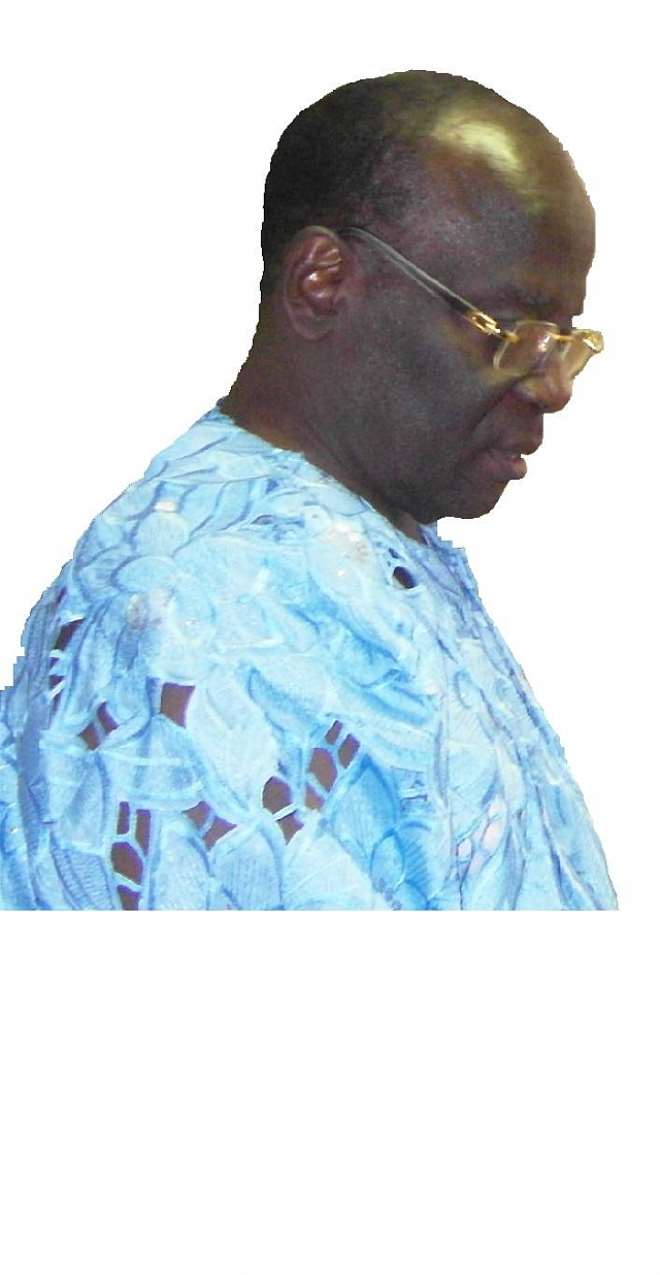