Nkrumah And AFRICOM: The Danger Of Misrepresentation 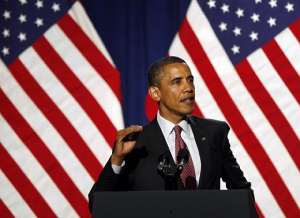 This past month both SpyGhana and ModernGhana ran a story about Mr. Abednego Orstin Rawlings, a youth activist and strong advocate for the United States Africa Command (AFRICOM).

Mr. Rawlings claimed that “the only way to liberate Africans is to establish AFRICOM,” and that “AFRICOM was a vision of Dr. Nkrumah and described those against the move as anti-Nkrumah.” Lastly, Mr. Rawlings stated that AFRICOM would benefit both the US and Africa, and dismissed the idea of AFRICOM being used for the sole purpose of continuing American hegemony.


Mr. Rawlings' claims that AFRICOM is an extension of Kwame Nkrumah's Pan-Africanist dream is both false and alarming. Throughout his writings, Nkrumah held a strong anti-imperialist philosophy, and sought to free Ghana from neo-colonial grips. In “Neo-Colonialism, the Last Stage of Imperialism,” Nkrumah addresses foreign military intervention directly and warns that “military aid ... marks the last stage of neo-colonialism and its effect is self-destructive.”

Moreover, he argued that African unity would not be possible until the “defeat of neo-colonialism,” and argued for an African HighCommand. While Nkrumah envisioned the African High Command to be led by Africans and directly oppose foreign meddling, at its core AFRICOM is American-devised and managed, leading us to believe that Nkrumah would in fact be vehemently opposed to the establishment of an AFRICOM headquarters in Accra, or anywhere on the continent.


The creation of AFRICOM stemmed from American fears of growing extremism, ongoing occupations in the Middle East, and the rise of Chinese development projects and influence in Africa. This is not a coincidence. US Secretary of State John Kerry has expressed concernover China and Iran's relationship with many African nations. Both countries have strong diplomatic relationships with Ghana. In April, the Washington Postpublished commentaryfrom a senior US official who, when speaking about AFRICOM, stated that, “countries that don't cooperate, we ream them as best we can.”


Lastly, Mr. Rawlings' claim that AFRICOM is “the only way to liberate Africans” is completely contrary to the pan-African goal of an Africa for Africans, and reeks of the colonial mindset in which colonial occupiers (missionaries, traders and administrators) sought to reform and modernize “backwards” locals.

This type of language is highly concerning as it rejects the idea that Africans are capable of building their own societies and solving their own problems, a fundamental component of the idea of self-determination and thus liberation.


Dr. Nkrumah's teachings, dreams, and legacies ought not to be co-opted for pushing foreign political agendas. Mr. Rawlings claims and misrepresentations of both Nkrumah and AFRICOM set a dangerous precedent, and suggest a need for more public conversation around AFRICOM's potential impacts in Ghana.