Stephen Crohn Dies At 66; Immune To HIV, But Not Its Tragedy 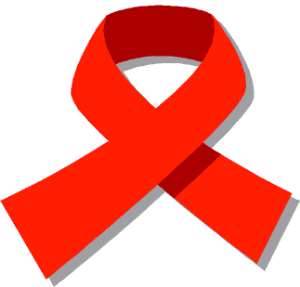 As his companion and many friends died in the AIDS epidemic, Stephen Crohn wondered why he never got sick. The answer was in his genes. He helped advance research but was haunted by survivor's guilt.

Three decades ago, when so many of his friends were dying of AIDS, Stephen Crohn wondered why hea gay man whose longtime companion had been one of the first to die from the disease--had managed to avoid it.

Was it just a matter of time before he caught the human immunodeficiency virus that causes AIDS? Was there something wrong with the HIV antibody tests he took that always came back negative?

Crohn, an artist and freelance editor, lived with the questions for 14 years before he finally learned the answer was in his genes.

In 1996, scientists in New York studying Crohn's blood cells discovered he had a genetic mutation that made his cells impregnable to the AIDS virus. The discovery made international headlines, with Crohn spotlighted as "the man who can't catch AIDS."

But the satisfaction that came from helping to advance AIDS research was "tempered by the fact that nearly everyone he loved died. It was tempered by great, great sadness," said his sister, Amy Crohn Santagata.

Crohn, 66, who volunteered for studies that illuminated the nature of AIDS and led to the development of drugs to fight it, committed suicide Aug. 24 in New York City, his sister said.

By his own estimate, AIDS claimed the lives of more than 70 of his friends.

"What's hard is living with the continuous grief," Crohn said in a 1999 "Nova" documentary on PBS. "You keep losing people every yearsix people, seven people ... and it goes on for such a long period of time. And the only thing you could compare it to would be to be in a war."

The first signs of a strange malady affecting young, previously healthy gay men began to appear in 1981. The men had a range of unusual infections and a rare but aggressive cancer called Kaposi's sarcoma. The disease, officially named AIDS in 1982, began showing up outside the gay community, afflicting infants who had received blood transfusions, hemophiliacs, drug addicts who used dirty needles, and women whose sexual partners had AIDS. By 1985, at least one case of HIV had been reported in every region of the world.

When the crisis was brewing in the late 1970s, Crohn was living in Los Angeles, where he ran a restaurant with his longtime lover, Jerry Green. In 1978 Green developed flu-like symptoms that bloomed into a debilitating constellation of illnesses. He lost weight, was ravaged by infections and went blind in one eye. When he died in March 1982, the term AIDS did not exist. That came six months later, when the Centers for Disease Control said for the first time that the highly fatal illness was acquired immune deficiency syndrome.

Crohn naturally worried that he had been infected. Every time his test came back negative, he was nagged by doubts.

But he came from a family that believed in medical science: The inflammatory bowel syndrome Crohn's disease was discovered by his great-uncle Burrill. So it was perhaps inevitable that at a family gathering in 1994 the younger Crohn was asked, "Why aren't they studying you?"

He began making inquiries, which led him to immunologist Bill Paxton at the Aaron Diamond AIDS Research Center in New York. Paxton had been trying to organize a study of people who appeared to be resistant to the disease.

"Steve had figured out that there was something special about him that he had remained negative for all these years ... and he wasn't wrong," Paxton said last week. "What I find phenomenal was his persistence in finding someone to study him--and we did find each other by chance."

In the laboratory Paxton flooded Crohn's cells with the AIDS virus but could not infect them despite several attempts using increasingly stronger concentrations of HIV. Center scientists examining cells belonging to Crohn and another gay man who had avoided infection discovered their immunity was the gift of a mutant gene, which prevented the virus' deadly infiltration by blocking a crucial portal into white blood cells.

When Crohn learned the findings, he was astonished. "One of the things that went through my mind was, 'I guess I'm condemned to live,'" he recalled in a 1996 Newsday interview.

The Diamond center obtained a patent for a test to identify people with the gene, but neither Crohn nor the other man studied, Erich Fuchs, ever made money from it. At times Crohn felt he should have been compensated for the crucial contribution of his blood cells. "Somebody, somewhere, has to decide who owns our genetic material," Crohn told the New York Times in 2000.

"He was proud of his role in the mystery of HIV resistance," said Dr. David Sachar, the first Dr. Burrill B. Crohn Professor of Medicine at Mount Sinai School of Medicine in New York. "He saw himself as an exemplar, even an apostle, of a family tradition of healthcare."

Crohn was born in New York City on Sept. 5, 1946, to Richard Crohn (from whom he inherited the gene) and the former Janet Goren. He grew up in Dumont, N.J., studied art at New York's Cooper Union and earned a social work degree at New York University.

In addition to Santagata, he is survived by two other sisters, Carla Crohn Friedman and Judith Bloom, as well as nieces and nephews.

A painter and sculptor, Crohn also worked as an editor for Fodor's travel guides for many years. After he became a licensed clinical social worker, he ran support groups at Mount Sinai for AIDS patients and others with chronic ailments. He traveled with the AIDS Memorial Quilt and made sure that each of his friends who died of the disease was honored with a square. "He radiated enthusiasm, pleasure and delight in everything he did," Sachar said.

But watching his friends die of AIDS caused him "a tremendous amount of survivor guilt," Santagata said. "When he volunteered himself for the studies, that was alleviated somewhat, but he never stopped missing the people he lost. They were always in the forefront of his mind."

We haven’t rejected Justices Gaewu and Koomson – Appointment...
7 minutes ago

Stop the wrongful, multiple sale of lands — Akufo-Addo to ch...
7 minutes ago