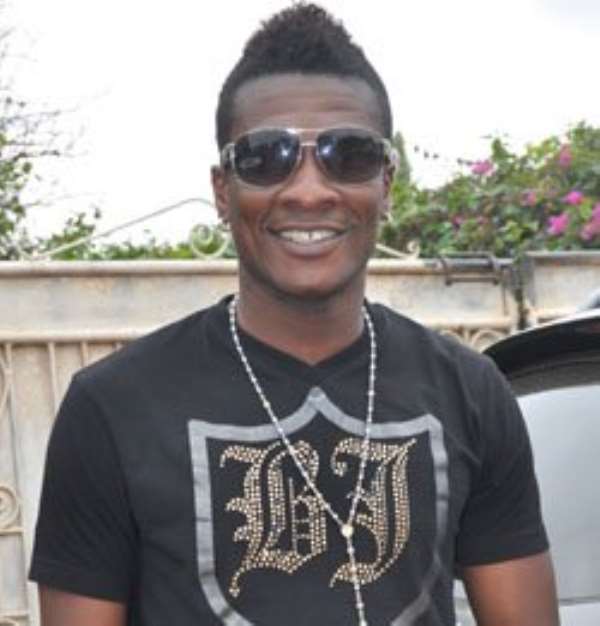 After playing a key role in the Turkey-Ghana international friendly in Istanbul on Wednesday, skipper Asamoah Gyan has declared 'war' on Zambia.

Ghana will host the Chipolopolos (Copper Bullets) of Zambia in Kumasi in less than a month in their Group D crunch World Cup qualifier.

And despite trailing Group leaders Ghana with two points, the Southern Africans had resorted to mind games, taunting their West African opponents in a bid to advance to the last stage of the qualifiers.

However, Gyan has hinted that the never-say-die attitude exhibited in Istanbul (fighting from two goals down to 2-2) is ample testimony of their battle-readiness for the Kumasi showpiece.

'We are ready for Zambia, and there is no way they will stop us from advancing. The Zambia game has been the talk in camp. They will surely fall in Kumasi,' he told the GFA Communication Directorate in a post-match interview.

Gyan added, 'I am happy we came from behind to draw. It was a tight game but we persevered. I told my guys it was possible to equalize and may be win based on our past experience in our Tunisia game before last Nations Cup.

'They listened to me, we played according to the coach's instructions and I am glad I scored the two goals. Of course, it wasn't a singular effort, my colleagues contributed to the feat and I commend them for their efforts,' said Gyan.

Ghana needs just a draw in the Kumasi game to make it to the last stage of the World Cup qualifiers where they will play a two-legged game to fight for a ticket for the Brazil 2014 finals.