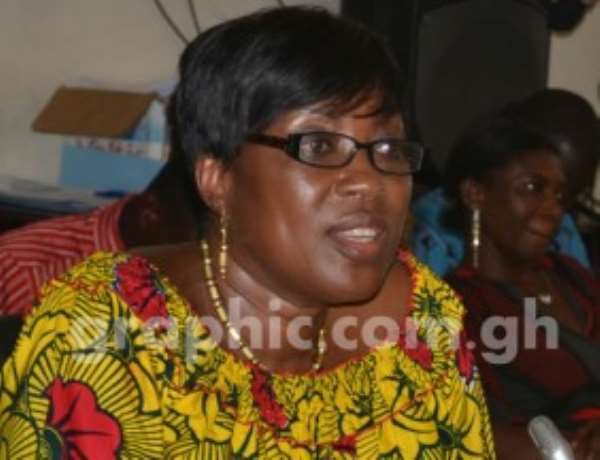 The Ministry of Transport has denied that the government intends to hand over the management of the PSC Tema Shipyard to Tullow Oil Ghana Limited.

'There is no arrangement with Tullow Oil to take over part of the PSC Shipyard on a build, operate and transfer (BOT), as published by the Daily Graphic,' a statement signed by the Minister for Transport, Mrs Dzifa Attivor, stated.

The statement, which was in reaction to a report in the August 6, 2013 edition of the newspaper, explained that Tullow was in discussions with the government over its proposal to build components of its second FPSO at the Tema PSC Shipyard instead of building it at a foreign facility.

Under the proposals, the statement said, Tullow would upgrade the shipyard to a level necessary for the fabrication of the components.

'Tullow will further help with the equipment to upgrade and technologically transfer, but will have nothing to do with the management of the shipyard. This decision is informed by the Mahama administration's insistence on certain local content requirements for companies in our oil sector,' the statement added.

The Tema PSC Shipyard, which is now a 100 per cent state-owned facility, is in a general state of disrepair and requires some upgrade in both equipment and human resource to meet the standards required for the expected works on the FPSO.

The statement said Tullow Oil, per the discussions with the government, had been asked to solely pre-finance the upgrading works at the shipyard to meet the standards of a modern and international ship building yard.

'The works include the upgrading of infrastructure, plant, machinery and equipment to ensure that the Shipyard is well equipped and capable of handling all jobs, including the works envisaged by Tullow,' it added.

It noted that after the upgrading works, Tullow Oil would, like any other client, apply to the Shipyard for the use of its facilities.

'The Shipyard will, therefore, continue to be under its own management and not under Tullow, with Tullow treated as a client,' it said.

The statement noted that under the stated agreement to be finalised with Tullow, there would be no costs to the government for the upgrading works. Tullow will pay the Shipyard for the use of the facility to build the FPSO, out of which the upgrading costs would be deducted, and above all, 'jobs would be created and the required expertise needed to handle shipyard works acquired and enhanced through the training exercise.'

The statement further noted that when the discussions with Tullow were finalised, it would help in positioning the shipyard to meet the growth in the maritime industry.