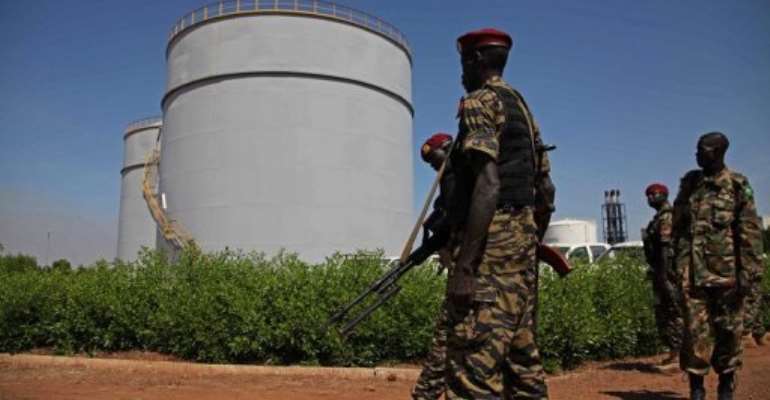 ADDIS ABABA (AFP) - South Sudan on Tuesday signed the latest of a string of deals to restart the flow of oil stalled for more than a year after shutting down pipelines through arch-rival Sudan.

The agreement sets a 14-day deadline from signing for both Juba and Khartoum "to instruct oil companies to re-establish oil production", according to a copy of the deal seen by AFP.

If the agreement is followed -- and multiple previous deals have been ignored -- it could still take several weeks for companies to reopen pipelines. But it offered fresh hope of a breakthrough to end the crisis.

The two neighbours are increasingly cash-strapped after Juba shut down oil output a year ago in a furious row accusing Khartoum of stealing its crude.

Since then the former civil war foes -- which fought again along their undemarcated border in March and April 2012 -- have failed to implement a string of deals.

South Sudan won independence in July 2011 after a referendum set up under a 2005 peace agreement that ended more than two decades of bloody civil war.

But while South Sudan took with it the bulk of the oil fields, the pipeline infrastructure all runs north through Sudan.

The two rival negotiators and Mbeki smiled widely and shook hands after signing the deal in the early hours of Tuesday morning.

Troops from both sides -- in some places posted hundreds of metres (yards) apart in an uneasy standoff -- will begin withdrawal from a border buffer zone within a week.

In addition, ten border crossing points, whose closure has strangled local traders, will also open within a week.

On Monday, the armies from both sides said they were pulling out to implement the demilitarised zone, although regional political experts have expressed doubt the latest effort will succeed.

As Sudan and South Sudan announced their moves to demilitarise the border, Khartoum's forces on Monday said they clashed with rebels of the Sudan People's Liberation Movement-North (SPLM-N) in Blue Nile state.

Khartoum accuses South Sudan of supporting the rebels -- former comrades during the 1983-2005 civil war -- which has been a major obstacle to implementing the agreements.

The South, in turn, says Sudan backs insurgents on its territory, a tactic it used to deadly effect during the two decades of civil war.