Increase in fuel prices will worsen the plight of citizenry - Minister 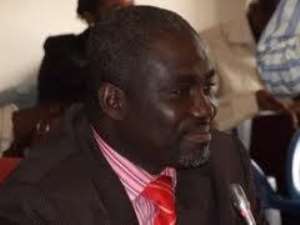 He however added that the effect of the increase on the economy would be for a short term because government was taking immediate poverty intervention strategies to alleviate the plight of the citizenry.

Mr Opoku made the observation when addressing the chiefs and people of Yeji, Techiman, Prang, Atebubu, Nkoranza, Chiraa and Fiapre in the Brong-Ahafo Region during a visit for official introduction to the traditional areas.

Mr Opoku stressed that government had no deliberate intention to increase prices of petroleum products but its decision was informed by the effect of the global increment in price of crude oil.

He noted that dealers in the petroleum industry had capitalised on the hike to smuggle products to neighbouring countries like Burkina Faso, Togo and La Cote D'Ivoire.

Mr Opoku advised the chiefs to be wary of some politicians who might politicise the issue, adding it was the aspiration of the Government to promote the general wellbeing of the people.

He advised Ghanaians to exercise patience because they would witness tremendous improvement in their living standards.

Declaring 2013 as an action year, Mr Opoku said, all sectors of the economy would experience drastic change with interventions being instituted to help alleviate poverty through wealth creation.

Mr Opoku commended the chiefs for helping to retain the NDC Government in power.

At Yeji, Pemapem Yaw Kagbrese VI, Omanhene of Yeji Traditional Area, said the Prang-Kintampo-Yeji and Atebubu-Kajaji roads were in a deplorable state which needed immediate attention.

He stressed that access roads at the Yeji Township were also poor and appealed for assistance.

He emphasised that with Election 2012 over, there was the need for people to bury their political differences, forge ahead in unity and support to develop the Region.