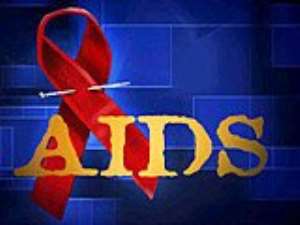 World AIDS Day: 1st December
A new report argues that despite considerable advances in the fight against AIDS, the world is already falling behind pace in the effort to begin ending AIDS. But it doesn't have to be that way - according to the assessment in this report, the top-five critical actions over the coming year could have a tremendous impact. This report, 'Achieving the End: One Year and Counting', released by 'AVAC: Global Advocacy for HIV Prevention' outlines top-five list of critical global priority actions in 2013.

Considerable gains have been made in the fight against AIDS in different countries around the world, but are they enough to keep us on track to end AIDS?

According to another important report, UNAIDS Report on the Global AIDS Epidemic 2012, released last week, unprecedented gains have been achieved in reducing the number of both adults and children newly infected with HIV, in lowering the numbers of people dying from AIDS-related causes and in implementing enabling policy frameworks that accelerate progress.

But AVAC report calls for more urgency on priority actions if we are really serious to end AIDS.

"Recent scientific breakthroughs give us reason to be optimistic like never before, but our chances of success are already imperiled," said Mitchell Warren, Executive Director, 'AVAC: Global Advocacy for HIV Prevention'. "Right now, the world isn't moving as fast as it should be to begin ending the epidemic. There is still time to get back on a winning pace but only with focused, aggressive action now. This can be the year that HIV prevention begins to achieve its potential – in fact, it has to be."

AVAC's 'top-five' priority recommendations for 2013 are as follows:

1) End confusion about "combination prevention" – In 2012, there was long-overdue recognition that different countries will need to implement different combinations of HIV prevention interventions for different populations at risk. But the hard work of defining those combinations and establishing priorities has not been done. In 2013, donors, policy makers and civil society need to be held accountable for choosing, implementing and evaluating the right packages of interventions for specific circumstances.

2) Close the gaps in the HIV "treatment cascade" – Antiretroviral treatment not only improves and prolongs the lives of those infected, it is among the most powerful HIV prevention strategies available, reducing the risk that an infected person will pass on HIV by up to 96 percent. But only a small proportion of people diagnosed with HIV are linked to antiretroviral treatment and an even smaller share stay on treatment and have their HIV infection suppressed to levels low enough to prevent transmission to others. A range of studies is looking at ways to narrow this gap, but these efforts are uncoordinated and incomplete. In 2013, researchers and funders need to convene and establish a clear research and implementation agenda to close the gaps in the treatment cascade.

3) Prepare for new non-surgical male circumcision devices – In 2013, the World Health Organization (WHO) is expected to approve new male circumcision devices that could eliminate the need for surgery, speed recovery and lower costs in many of the 14 priority African countries where VMMC could reduce HIV infections by 20 percent. While the new devices may not be right for every country or setting, there could be months or years of lost opportunities unless national health leaders immediately take action to evaluate their benefits, costs and optimal uses.

4) Define and roll out needed PrEP demonstration projects – Global health agencies including WHO and UNAIDS have said they are awaiting the results of real-world demonstration projects before they can provide guidance on the use of PrEP – yet there is no clarity on what range of studies is needed, and few are under way. By the end of 2013, a core set of studies must be defined and moving ahead.

"The most urgent questions about new prevention tools have been clear for months or even years, and yet the work to answer them is barely under way," said Warren. "That's as unconscionable as it is unnecessary. Millions of lives depend on our ability to pick up the pace."

3. Eliminate new infections among children and substantially reduce the number of mothers dying from AIDS-related causes.

5. Reduce the number of people living with HIV who die from tuberculosis by 50%.

6. Close the global AIDS resource gap and reach annual global investment of US$22 billion to US$ 24 billion in low- and middle-income countries.

7. Eliminate gender inequalities and gender-based abuse and violence and increase the capacity of women and girls to protect themselves from HIV.

8. Eliminate stigma and discrimination against people living with and affected by HIV by promoting laws and policies that ensure the full realization of all human rights and fundamental freedoms.

9. Eliminate restrictions for people living with HIV on entry, stay and residence.

10. Eliminate parallel systems for HIV-related services to strengthen the integration of the AIDS response in global health and development efforts.

STOP DOING BUSINESS AS USUAL
In 2013, the fight against AIDS in different countries and contexts, has to regain its urgency to end AIDS. This needs more than just aiming to meet 2015 targets listed above. As AVAC's report points out clearly, we are all set to begin 2013 behind where we were supposed to be in our fight against AIDS globally. We at Citizen News Service – CNS strongly believe that this is unacceptable given the gains made in today's context that can help expedite our move towards ending AIDS.